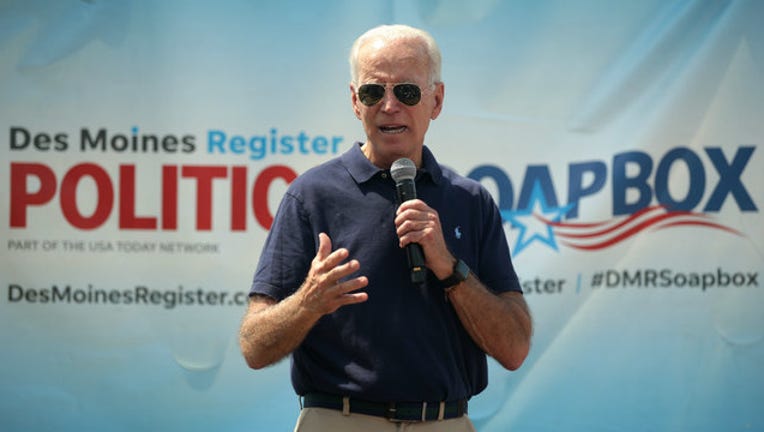 (FoxNews.com) - Former Vice President Joe Biden, the 2020 Democratic primary frontrunner, made another gaffe Thursday when he told a crowd in Iowa that “poor kids are just as bright and talented as white kids.”

Biden, who famously directed supporters to a wrong number during last month’s debate -- and recently misidentified the sites of recent mass shootings -- quickly corrected himself after some applause from the crowd at the Asian & Latino Coalition PAC, and finished, “wealthy kids, black kids, Asian kids.”

Biden, who in 2006 drew criticism with a comment about Indian-Americans moving to Delaware, the state that Biden represented when he served in the U.S. Senate, also told a crowd at the Iowa State Fair that “we choose science over fiction. We choose truth over facts.”

Biden, like all of the Democratic candidates, has put blame on President Trump’s rhetoric for playing a role in the recent mass shootings in El Paso, Texas, and Dayton, Ohio. He said Trump is “using the language of “ white nationalists. He told CNN earlier this week that Trump talks about Muslims  and people of color in “almost subhuman terms.”

Trump on Monday called on the nation to condemn white nationalism, but he didn’t apologize for his incendiary rhetoric on race, from referring to illegal immigration as an “invasion” to his recent Twitter attacks on black members of Congress.