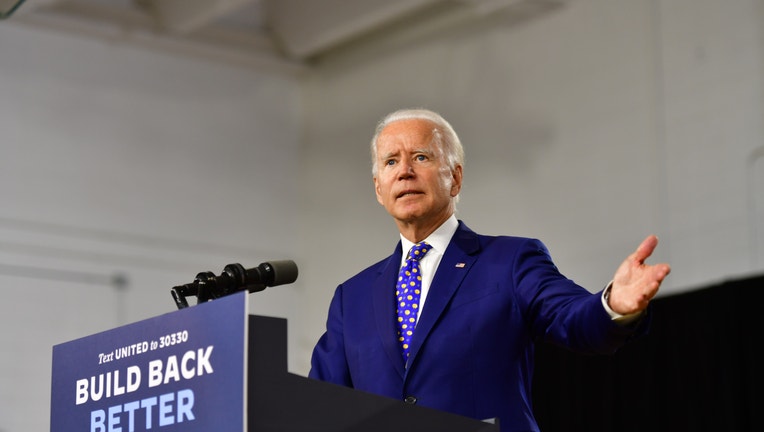 FOX NEWS - Presumptive Democratic presidential nominee Joe Biden attempted late Thursday to walk back remarks he made favorably comparing the diversity of the Latino community to that of the Black community.

"Earlier today, I made some comments about diversity in the African American and Latino communities that I want to clarify," Biden wrote on Twitter. "In no way did I mean to suggest the African American community is a monolith—not by identity, not on issues, not at all.

"Throughout my career," he continued, "I've witnessed the diversity of thought, background, and sentiment within the African American community. It's this diversity that makes our workplaces, communities, and country a better place. My commitment to you is this: I will always listen, I will never stop fighting for the African American community and I will never stop fighting for a more equitable future."

Fox News reached out earlier Thursday to representatives for the NAACP, Congressional Black Caucus and Black Lives Matter to see if they had any response to Biden's initial remarks. They did not respond.

"Now what I mean [by] full diversity [is] unlike the African American community and many other communities, you're from everywhere," Biden explained. "You're from Europe, from the tip of South America, all the way to our border in Mexico, and the Caribbean. And [of] different backgrounds, different ethnicities, but all Latinos. We're gonna get a chance to do that if we win in November."

Biden's tweets did not address his tense exchange with CBS News correspondent Errol Barnett over whether the former vice president has taken a cognitive test.

"No, I haven't taken a test. Why the hell would I take a test? Come on, man. That's like saying you, before you got on this program, you take a test where you're taking cocaine or not. What do you think? Huh? Are you a junkie?" Biden told Barnett, who is Black.

Both sets of remarks were blasted by critics, including President Trump, who said Biden's remarks "totally disparaged and insulted the Black community."