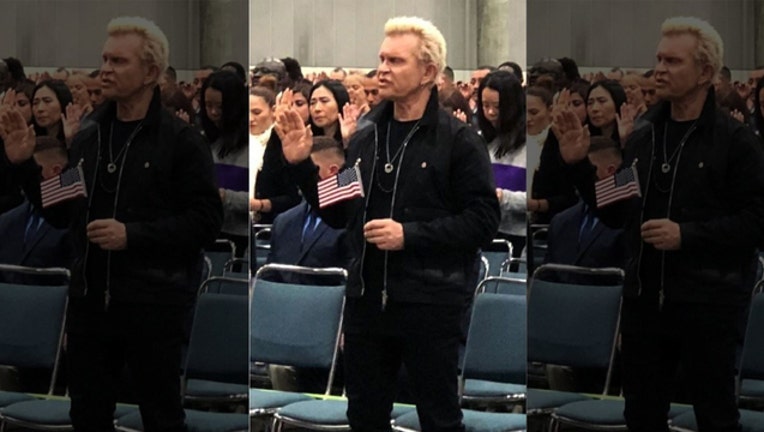 The U.S. Citizenship and Immigration Services tweeted out a collage of images of the 62-year-old rock star in the ceremony.

“It’s a nice day for a naturalization ceremony,” the USCIS wrote in a punny tweet. “Congratulations on Billy Idol on becoming a #newUScitizen today in Los Angeles, CA.”

The “(It’s a Nice Day for a) White Wedding” singer was born William Michael Albert in the U.K.