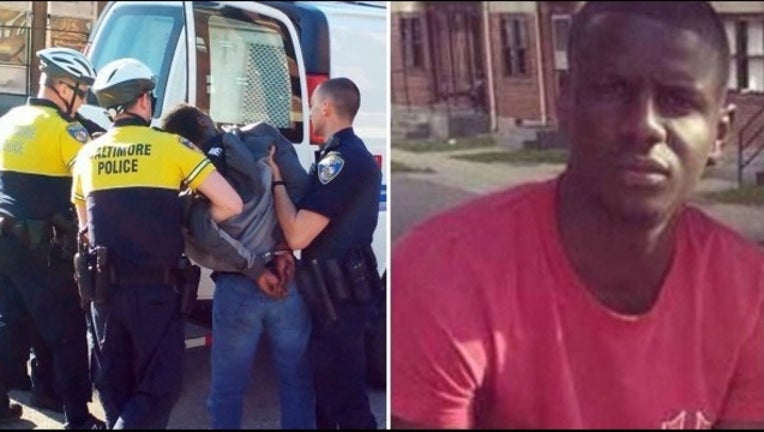 BALTIMORE (AP) - Black activists in Baltimore and beyond say they are disappointed but not discouraged after neither of the first two police officers to stand trial in the death of Freddie Gray was convicted.

A number of black leaders said that they had low expectations of seeing anyone found guilty, and that bringing about real and lasting change in the criminal justice system will require action both inside and outside the courtroom, including pushing for new laws and reforms in police procedures.

"You don't judge a war by winning or losing battles," said the Rev. Al Sharpton, the longtime civil rights leader. "We're not prosecutors; we're activists. If you gauge (the 1960s) by one case, it's depressing. If you look at the bills that came out of it, you understand the big picture."

Gray died just over a year ago after suffering a broken neck in the back of a police van while he was handcuffed and shackled but not buckled in. His death triggered the worst riots in decades in Baltimore and added his name to the list of unarmed black people in the U.S. who have died in confrontations with police.

Baltimore's top prosecutor swiftly filed charges against six officers, two of whom have gone to trial. One case ended with the jury deadlocked; that officer will be retried in the fall. The other case ended on Monday with a judge acquitting an officer of assault and other charges.

"The policies related to policing almost guarantee that police officers will never be held criminally responsible for their actions," said Baltimore activist DeRay Mckesson, who launched his activism in the wake of the Michael Brown shooting in Ferguson, Missouri, in 2014. "Most of these verdicts merely confirm that understanding."

At the same time, he and other civil rights activists noted that there are still five trials ahead, including that of the van driver, who faces the most serious charge of all, second-degree murder. And some said that seeing police officers put on trial is itself a sign of progress, regardless of the outcome.

Across the country, demands for accountability in the deaths of unarmed blacks in recent years have met with mixed results.

Prosecutors declined to indict the officers involved in the Ferguson case, the killing of 12-year-old Tamir Rice in Cleveland or the chokehold death of Eric Garner in New York. On the other side of the ledger, Michael Slager, a former police officer in North Charleston, South Carolina, will face trial in the killing of Walter Scott, who was gunned down as he ran away.

"No trial is going to bring back a stolen life," said Ashley Green, an organizer in Tampa, Florida, with the Dream Defenders. "But don't insult us by not even taking the step to ask the question of whether this person deserved to die. That's what we're really asking for when we demand a trial."

Adam Jackson, founder of the Baltimore group Leaders of a Beautiful Struggle, said the outcome of the Baltimore trials so far reveals fundamental and systemic flaws in the criminal justice system.

"We weren't expecting much," he said. "I think people are going to keep being frustrated and being angry about the results, but our argument the whole time is that the system is designed to protect law enforcement officials."

Activists point out that they managed to change the system in other ways, outside the courtroom, in some of the cities roiled by killings.

They mobilized to defeat prosecutors at the ballot box in Cleveland and Chicago, while in Ferguson the police chief and a judge resigned, organizers worked to register more black voters, and more blacks got elected to the City Council. The unrest in Baltimore resulted in the firing of the police commissioner, Anthony Batts.

Additionally, the U.S. Justice Department has launched investigations into several police departments, including Ferguson and Baltimore. And police reform has become part of the conversation in the 2016 presidential election, something that was not on the radar in recent cycles.

Activists are also pushing to attack what they see as some of the root causes of violence, including inadequate housing, education and job opportunities.