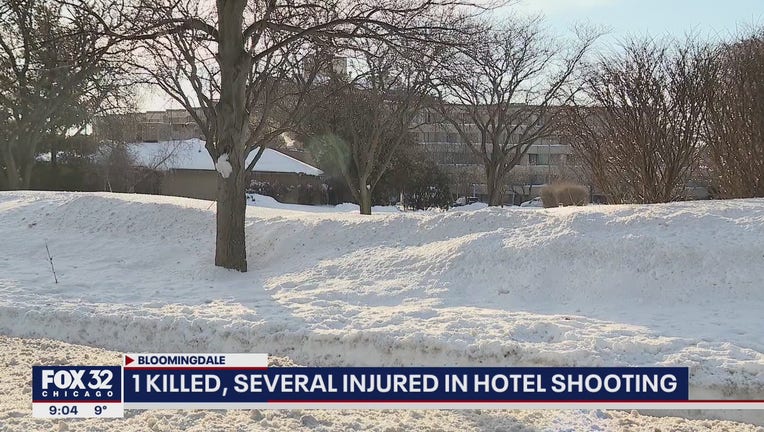 BLOOMINGDALE - The owners of a hotel in northwest suburban Bloomingdale agreed to close their business after a February shooting left one person dead and six others hurt.

Indian Lakes Hotel voluntarily surrendered its business license and agreed to cease operations ahead of a hearing on the matter, the Village of Bloomingdale said in a statement posted to Facebook.

Days after the Feb. 6 shooting, Village President Franco Coladipietro issued a temporary suspension order for the hotel, at 250 W. Schick Road, until a hearing could be held. The hearing was canceled Monday after the hotel’s owner, First Hospitality Group, agreed to hand over the business license, according to the statement.

Coladipietro said it wasn’t the village’s intent to revoke the license, "but the concerns and lack of response by the owner which eventually led to the tragic February incident left the Village with no alternative."

"The Village is eager to start a new chapter at Indian Lakes and reimagine the property for a better future that will make the community proud," Coladipietro said in the statement.

A Chicago man was killed and five others wounded in the shooting, which broke out during an argument in a hallway of the hotel.

Following the attack, Colladipietro said there were no security guards on duty and that officials had expressed concern for years about a lack of security at the hotel.