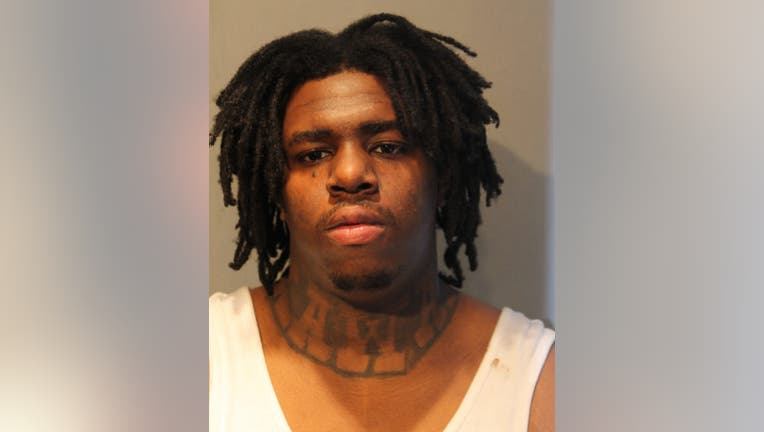 CHICAGO - A man is facing several charges in connection with a robbery, shooting and attempted carjacking Wednesday in the Woodlawn neighborhood on Chicago's South Side

Curtis Edgleston, 22, was accused of robbing a 55-year-old man before shooting him around 6:45 p.m. in the 6200 block of South Cottage Grove Avenue, police said.

While he was fleeing the scene, Edgleston allegedly attempted to carjack a 25-year-old woman but was unsuccessful, police said.

He was arrested less than 10 minutes after the shooting, police said.

Edgleston, of Blue Island, was charged with armed robbery with a firearm, unlawful use of a weapon and attempted first-degree murder, according to police.