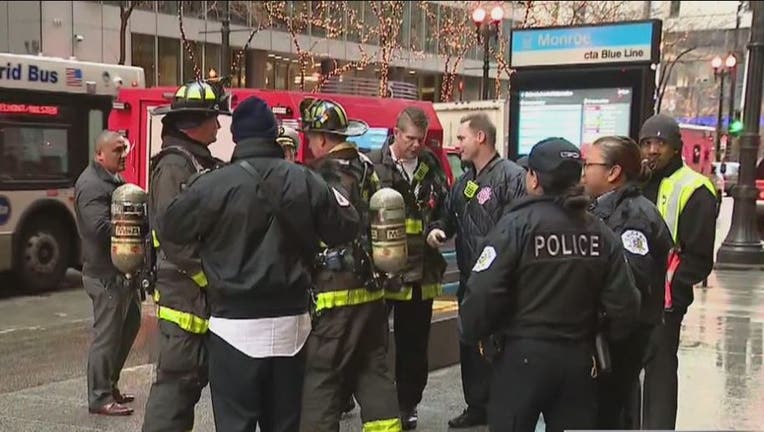 Authorities received a call about 7:20 a.m. for white powder found on a platform in the 100 block of South Dearborn Street, according to Chicago police and fire officials.

The fire department initiated a hazmat response, and determined the powder was a cleaning solution and not harmful, a police spokeswoman said.

Blue line trains, which had been bypassing Monroe and JaJackson stations during the response, resumed service to the stations again about 8:20 a.m., the CTA said in a service alert.