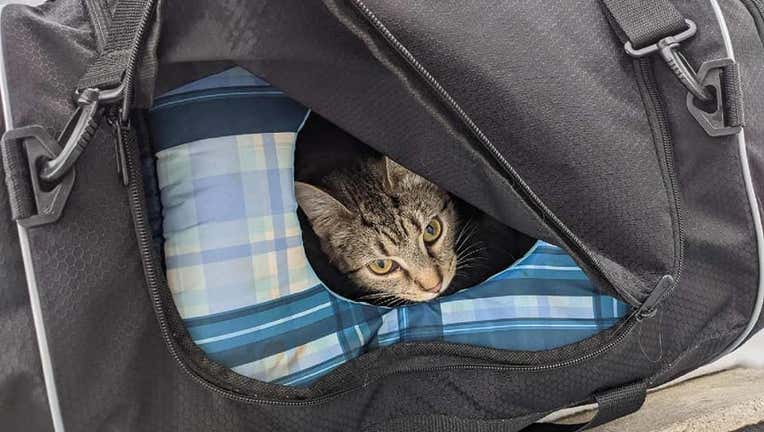 Deputies opened the bag to find a mother cat and her six kittens wrapped up inside. (Source: Butler County Sheriff’s Office)

NEW MIAMI, Ohio - A bomb squad never knows what they’re going to find when responding to reports of a suspicious package, but they’d probably take discoveries like the one they made on Feb. 18 any day of the week.

The Butler County Bomb Unit arrived at an Ohio church on Thursday to investigate an unrecognized bag that had been left on the property.

"When Specialist Mike Grimes and Det. Detherage arrived, they didn't hear ticking they heard purring," the sheriff's office said in a Facebook post.

Deputies opened the bag to find a mother cat and her six kittens wrapped up inside.

17 pictures of cats (and one tiger)

In honor of international cat day, here are 17 pictures of cats, as well as a picture of a tiger.

Deputies said the felines are "warm, cozy, and fed'" at a local animal shelter.