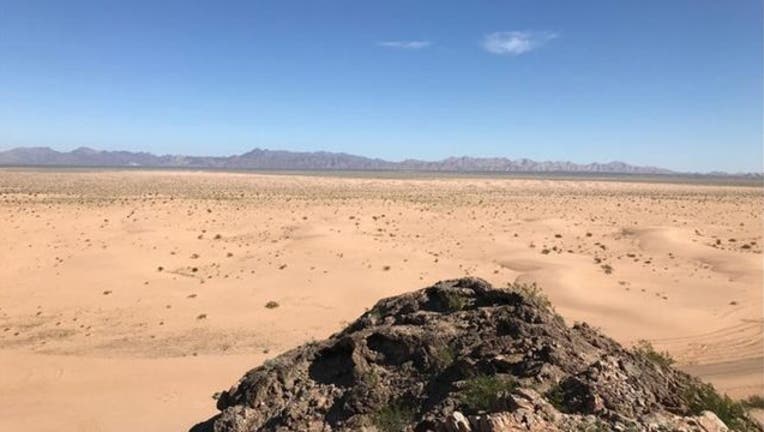 (US Customs and Border Protection)

(FOX NEWS) - More than a dozen migrants were rescued in southwestern Arizona after they crossed into a military bombing range and became lost, according to Border Patrol.

The group of 17 migrants was comprised of eight adults and nine juveniles.

Border Patrol said emergency services in Mexico relayed a phone call to the Yuma Sector Operations Center from the group lost in the desert around 10 p.m. Monday.

The caller reported that Yuma Station agents deployed to the area to search for the migrants, and they were found around 11:30 p.m. about 30 miles east of San Luis within the Barry M. Goldwater Bombing Range.

Border Patrol said the migrants didn’t need medical attention and were transported to Yuma Station where they received food and water before being processed for immigration violations.

In a statement, as the Tucson Sentinel reported, the sector chief Anthony J. Porvaznik said there was an "adequate lack of infrastructure to stop this occurrence," pressing for additional border barriers in his sector.

"This particular area is especially dangerous for illegal border crossers due to the remoteness of the location," Porvaznik said, as migrants crossing through the range needed to "contend with the summer heat and the dangers of military training in the area."