CALIFORNIA - Border Patrol agents in California on Tuesday rescued a 5-year-old and 6-year-old who had been abandoned at the border, apparently by smugglers -- the latest in a spate of such incidents amid a migrant surge at the border.

Border Patrol said in a statement that agents found the children alone and crying after they were abandoned by a couple who hoisted them over boulders near the end of the border wall. The children had their mother’s name and phone number on a note and their forearms -- which agents used to contact to get additional information.

"It is unconscionable that anyone would abandon these small children and those responsible for smuggling events like this will be aggressively prosecuted," Chief Patrol Agent Aaron Heitke said. "Thankfully, our agents were able to quickly rescue these siblings."

It is the latest in a number of child abandonments at the border. 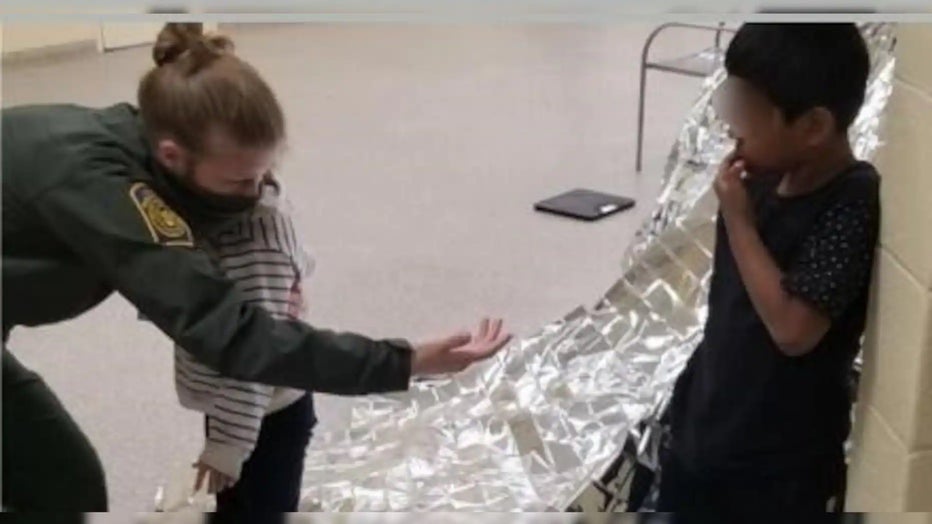 Video captured by a Border Patrol officer that circulated on social media showed a young boy, tears streaming down his face, who had apparently been abandoned alone in the desert in Texas.

"I came with a group, they dumped me and I don't know where they are," the minor said between sobs to a motorist who was in the area.

He had spent the night in the desert, full of rattlesnakes and wild animals, according to Univision.

Another video, released last week by El Paso Sector Chief Patrol Agent Gloria Chavez, shows what she said was two smugglers scaling the fence and dropping two children, 5 and 3, onto the ground and harsh surface, before tossing what appears to be some belongings down.

Border Patrol on Wednesday released a shocking video of smugglers abandoning a 5-year-old girl and a 3-year-old girl at the border in the New Mexico desert in the middle of the night -- after dropping them over a 14-foot border barrier.

The Biden administration has been combating a surge in migrant apprehensions at the border, including a spike in unaccompanied children -- who are currently not being returned by Title 42 public health protections.

There are more than 4,000 children in Customs and Border Protection (CBP) custody and more than 15,000 in Health and Human Services (HHS) care.

The Biden administration announced Tuesday that it is opening a new temporary site to house unaccompanied migrant children, near the migrant facility in Donna, Texas

HHS announced Tuesday that it was receiving an intake of 375 children in the Delphia Emergency Intake Site in Donna. The agency said the site will house up to 1,500 teenagers.