The president walked a muddy stretch of the border and inspected a busy port of entry, but he did not appear to meet with migrants.

As families seeking asylum in the United States face ongoing threats of being turned away from the border, some have opted to send their children alone, said one Chicago-based immigration advocate.

The Supreme Court is keeping pandemic-era limits on people seeking asylum in place for now, dashing hopes of migrants who have been fleeing violence and inequality. 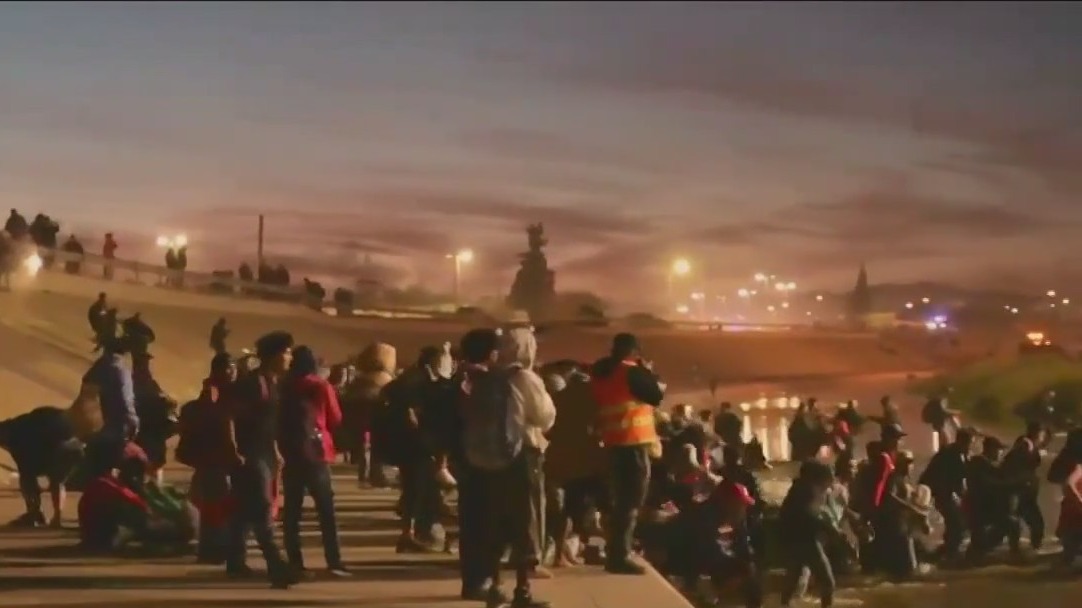 Katy Arnold, director of refugee and forced migration studies at DePaul University, talks about Title 42 as an immigration policy and how it is bottlenecking refugees near the U.S.-Mexico border amid an uncertain future.

Migrants have been denied rights to seek asylum under U.S. and international law since March 2020 related to preventing the spread of COVID-19 under a public-health rule called Title 42.

Under former President Donald Trump, about 70,000 asylum-seekers were forced to wait in Mexico for U.S. hearings under the policy introduced in January 2019, which President Joe Biden suspended on his first day in office.

A Border Patrol agent said the migrants were being smuggled in extreme summer heat.

The Supreme Court has ruled that the Biden administration properly ended a Trump-era policy forcing some U.S. asylum-seekers to wait in Mexico.

The 22-year-old man was returning to the U.S. from the Dominican Republic when officers found packages of a white, powdery substance concealed in an electric wheelchair.

Border Patrol apprehended at least 23 people coming across the southern border whose names are on the terror watchlist in 2021, according to Customs and Border Protection (CBP) data obtained by Fox News.

Officials with U.S. Customs and Border Protection say they found over 1,000 packages of meth that was disguised as onions during an examination of a tractor-trailer at a San Diego border crossing on Feb. 20.

The handful of police officials experimenting with the four-legged machines say they’re just another tool, like existing drones and simple wheeled robots, to keep emergency responders out of harm’s way as they scout for dangers.

It is the latest in a number of incidents of migrant children being found abandoned by relatives or smugglers at the border.

Agents stopped the hearse four miles north of the border on State Route 286 and saw people wearing camouflage clothing lying in the back of the vehicle.

The U.S. Justice Department is in talks to pay hundreds of thousands of dollars to each child and parent who was separated under a Trump-era practice of splitting families at the border.

The State of Florida hopes to launch its digital driver's licenses next month, an initiative it has been working on for years.

The Biden administration says the United States will reopen its land borders to nonessential travel next month, ending a 19-month freeze due to the COVID-19 pandemic.

Mexican authorities have discovered more than 600 Central American migrants in trailers near the United States border.

The Ambassador Bridge is now open.