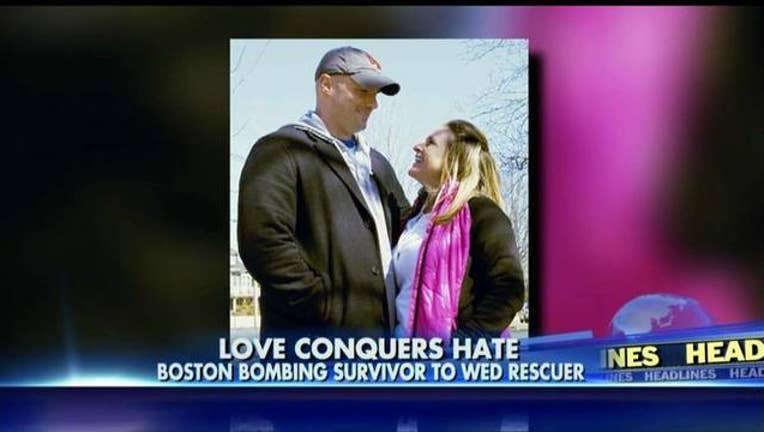 FOX NEWS - Out of tragedy has come the heartwarming story of a Boston Marathon bombing survivor who is set to marry the firefighter who rescued her seconds after the bombs detonated.

According to the New York Post, Roseann Sdoia was a spectator near the finish line on April 15, 2013, when she was hit by shrapnel from the exploding pressure-cooker bombs. Firefighter Mike Materia rushed to her aid and accompanied her to the hospital, where Sdoia's mother stepped in as the matchmaker.

Sdoia required a leg amputation, and Materia followed her recovery from start to finish. The pair began dating in June 2013, and he proposed this past December.

"I do feel that, in a sense, some things happen for a reason," Sdoia said.