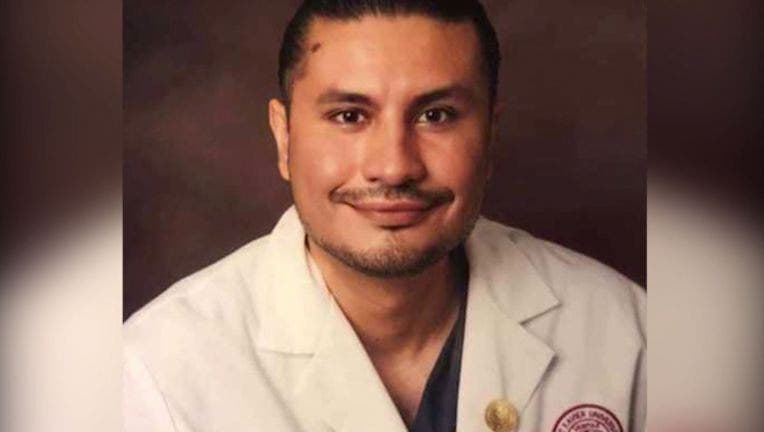 CHICAGO - Detectives are investigating a 13-year-old boy as a person of interest in the fatal shooting of a nurse last month in Little Village on the Southwest Side.

Chicago police spokesman Anthony Guglielmi said investigators “have a 13 year old person of interest” in the shooting death of Frank Aguilar and “are working to gather additional evidence before bringing him in for questioning again.”

He did not provide further details about the person of interest or any new developments in the case.

Earlier this week, 19-year-old Armando Lopez was charged with first-degree murder in Aguilar’s death, according to Cook County prosecutors.

About 11:30 p.m. Nov. 12, Aguilar was walking in the 3700 block of West 32nd Street when someone fired shots from a gray SUV, police and the Cook County medical examiner’s office said.

He was hit in the chest and taken to Mount Sinai Hospital, where he died, authorities said.

Aguilar, who worked at a Misericordia nursing home, was heading out to do laundry before he was shot, prosecutors said.

Detectives reviewed video to identify the vehicle as a 2007 silver Jeep Commander, prosecutors said. From the video, some “distinctive” characteristics about the car can be seen, prosecutors said in a bond proffer.

The registered owner of the Jeep is Lopez’s brother-in-law, who has let Lopez use the car on numerous occasions, prosecutors said.

Lopez was driving the vehicle used in the shooting, prosecutors said. He first drove by Aguilar and then turned around.

Surveillance camera footage shows two muzzle flashes as well as a red laser coming from the Jeep as it drove by Aguilar, prosecutors said.

Lopez was arrested Nov. 15 after leading police on a vehicle chase that started in Little Village and ended in a crash in Chatham.

He was charged with aggravated fleeing, attempting to elude police and driving on a revoked license but not in connection with the homicide at the time, police said.

A judge on Thursday ordered Lopez held without bail.