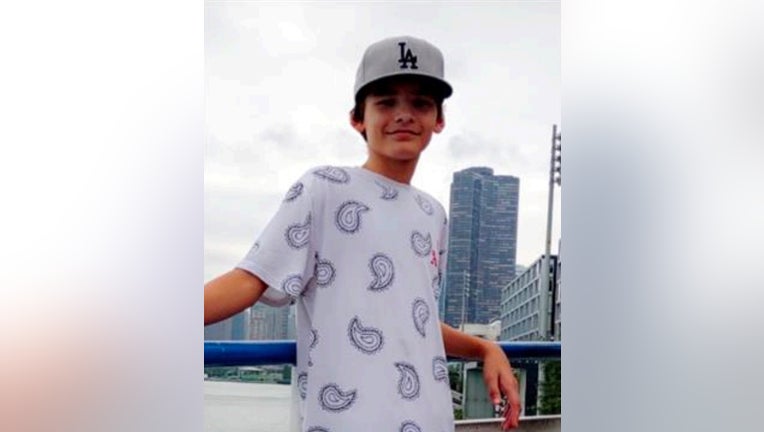 CHICAGO - A 13-year-old boy was reported missing Tuesday from Hermosa on the North Side.

Sebastian Pettit was last seen on July 24 carrying a green Adidas duffel bag in the 200 block of North Kilbourn Avenue, according to a missing persons alert from Chicago police.

He is known to frequent nearby parks and play basketball, police said.

Anyone with information on Pettit’s whereabouts is asked to call Area Five detectives at 312-746-6554.