CHICAGO - A 13-year-old boy was shot Thursday in West Pullman on the Far South Side.

He was riding his bicycle about 3:30 p.m. in the 12200 block of South Stewart Avenue when someone opened fire, striking him in the leg, Chicago police said.

The teen was taken to Comer Children’s Hospital in serious condition but was stabilized at the hospital, police and fire officials said. 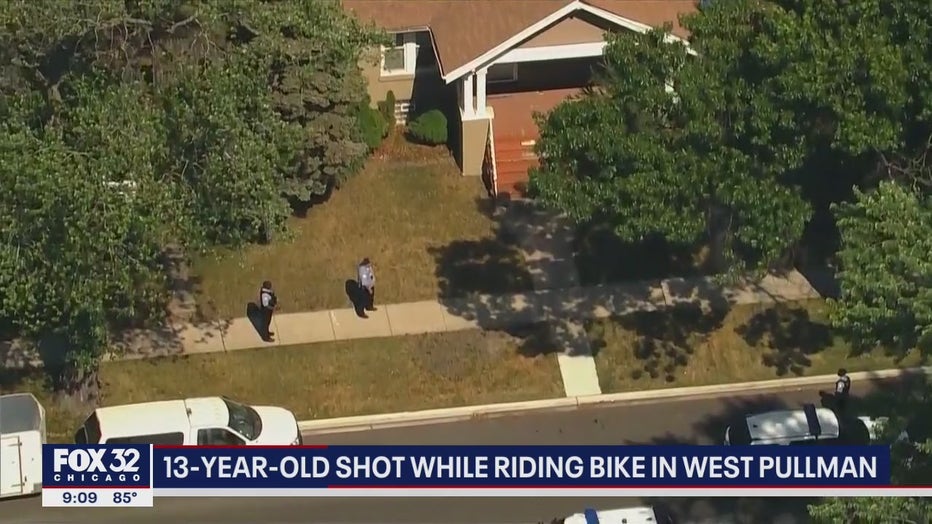