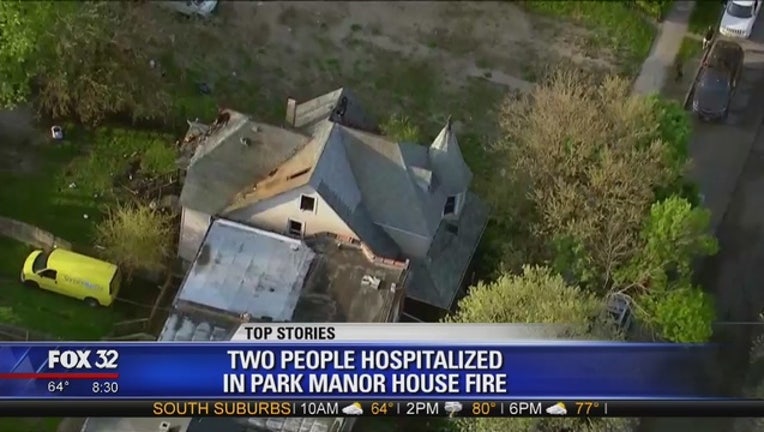 Chicago firefighters were called at 4:54 a.m. to a blaze in a two-and-a-half-story house in the 6900 block of South King Drive, Chicago fire said. The fire was on the second floor, and it was struck out about 5:10 a.m.

A 19-year-old woman was transported to the University of Chicago Medical Center and a 4-year-old boy was taken to Comers Children’s Hospital, the fire department said. Both are in critical condition.

The American Red Cross said volunteers assisted eight people who were displaced as a result of the fire. At least two adults, two children and two dogs were affected, according to fire officials.