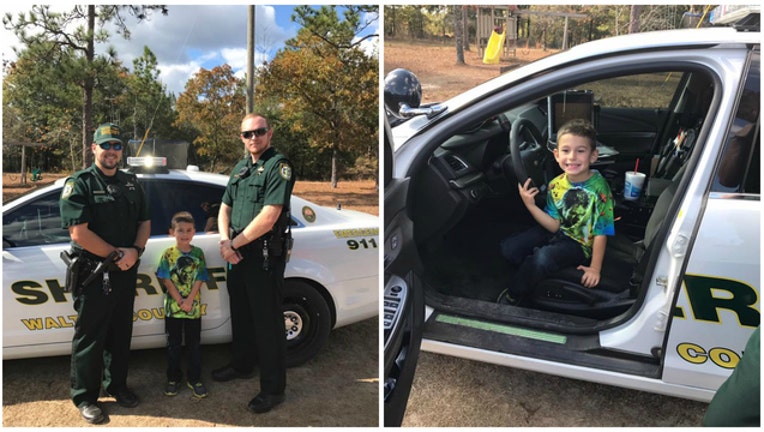 DEFUNIAK SPRINGS, Florida (AP) - While his mother was preparing food in the kitchen, a 5-year-old Florida boy called 911 to invite law enforcement officers over for Thanksgiving dinner.

Monica Webster of the Walton County Sheriff's Office tells the News Herald that with all the bad calls they receive every day, this was a happy call. But young Billy Nolin's family had no idea he'd invited guests to dinner.

Mom Landi McCormick says she was cooking when Billy's grandfather noticed him talking to someone on an old cellphone. McCormick reprimanded Billy when he admitted calling 911. He was crying when Deputy Dannon Byrd drove up.

She says the deputy thanked Billy for his kind invitation, then reminded him he should only use 911 for emergencies. The deputies gave Billy a sheriff's badge.