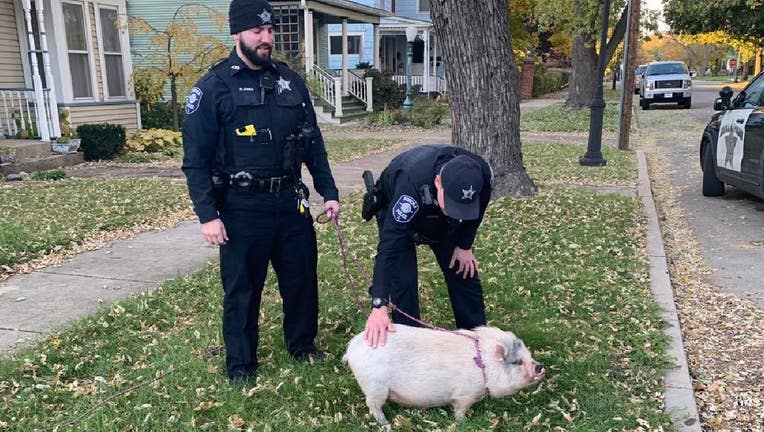 AURORA, Illinois - In the Chicago suburbs on Saturday, it was a police call to remember.

Aurora police were called to corral a runaway pig.

Police told FOX 32 Chicago that the pig escaped from a resident who was sheltering it.

The pig-carer and the pig were reunited after about 15 minutes.

Police said: "Video would have been great but no one thought of it."