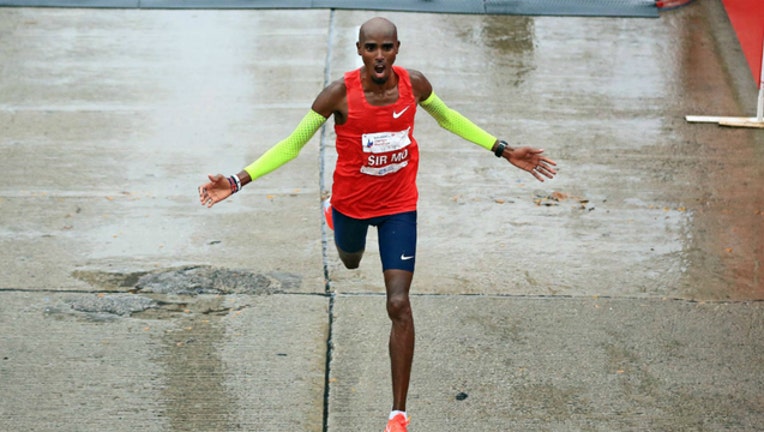 Farah finished in 2 hours, 5 minutes, 11 seconds. It was the first marathon on U.S. soil for Farah, who's won four Olympic gold medals and six world championships on the track.

Kenya's Brigid Kosgei won the women's race in 2:18:35, the third-fastest time in the history of the Chicago race. Kosgei finished second in Chicago last year.

More than 40,000 runners started the race, which drew more than a million spectators.