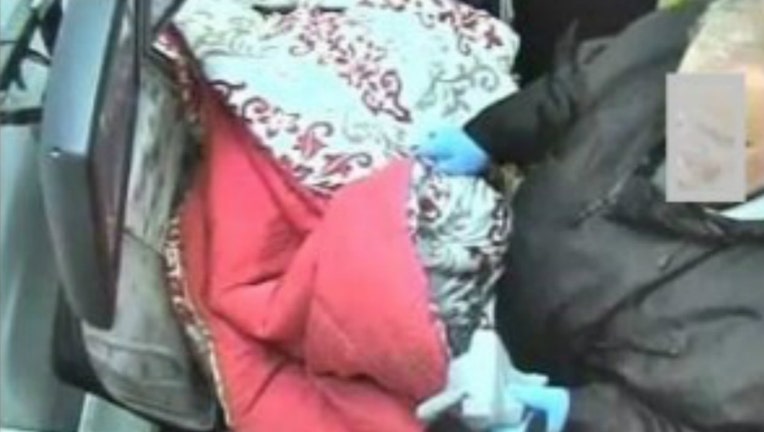 A Chicago police officer searches a bag at O’Hare International Airport on April 23, 2013, after a TSA agent discovered guns inside. | Federal court records

A south suburban man has been sentenced to a year and a half in prison for buying guns for a woman as part of a 2013 scheme to smuggle them into Egypt.

Omran Ismail, 53, of Burbank, bought four 9 mm handguns from a Tinley Park dealer on Nov. 18, 2013, according to a statement from the U.S. Attorney’s Office for the Northern District of Illinois.

Ismail brought 47-year-old Ola Sayed of Palos Park the store with him and told the dealer she was his wife, prosecutors said. Ismail bought the guns and filled out a form certifying that he was the actual buyer, and confirmed the statements on those forms when he picked the guns up five days later.

He then gave those guns to Sayed so she could bring them to Egypt, according to prosecutors. Sayed later bought two more 9 mm guns and had all six with her when she went to O’Hare International Airport on Dec. 23, 2013.

The guns were found in Sayed’s checked baggage when she tried to board a flight to Cairo via London, the U.S. attorney’s office said.

Sayed was also charged in the conspiracy, prosecutors said. She was free on bond when she failed to appear in court in June 2016 and has been considered a fugitive ever since.

The maximum punishment for the conspiracy count against Ismail is five years in prison, while the straw purchasing charge is punishable by up to 10 years, the U.S. attorney’s office said. 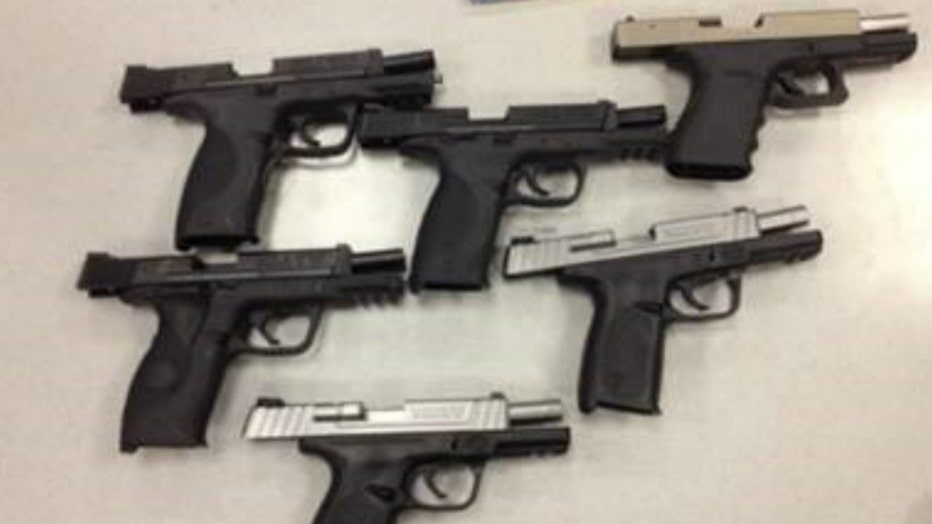 Six 9 mm handguns were seized at O’Hare International Airport on Dec. 23, 2013, when a woman allegedly tried to smuggle them ontop a flight to Egypt. | Federal court records