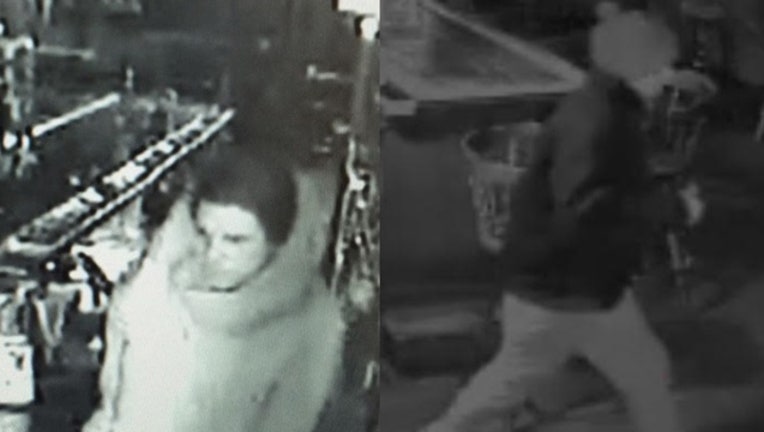 Surveillance image of a suspect in a burglary at Liquid Blues Bar in Woodstock. | Woodstock police

WOODSTOCK (Sun-Times Media Wire) - Police in northwest suburban Woodstock are looking for two men who broke into a bar early Thursday to steal cash and a bottle of whiskey.

Two suspects forced entry to Liquid Blues Bar, 126 N. Benton St. in Woodstock, in the early morning hours of March 10, according to a statement from Woodstock police. They stole an undisclosed amount of money and a bottle of Jack Daniels whiskey.

The suspects were described as white men in their early-to-mid-20s with average heights and builds, police said. Anyone with information about the break-in is asked to contact the Woodstock Police Criminal Investigations Division at (815) 338-2131.