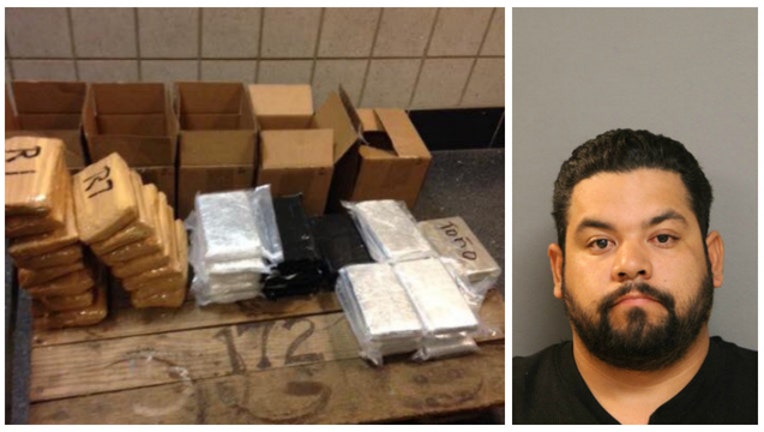 Jaime Ordaz, 35, of California was charged with with felony manufacture/delivery of cocaine after 39 kilos of cocaine were discovered in his truck Feb. 1 in Bridgeport. | Chicago Police

CHICAGO (SUN TIMES MEDIA WIRE) - A California man has been charged after Chicago Police found 39 kilos of cocaine in his truck earlier this month.

An investigation by Deering District tactical officers led to the recovery of the cocaine on Feb. 1 in the 900 block of West Pershing Road, according to Chicago Police.

Jaime Ordaz, 35, of Spring Valley, California, was charged with a felony count of manufacture/delivery of more than 900 grams of cocaine, police said. His bond was set at $300,000.

Ordaz was expected to return to court on Tuesday.