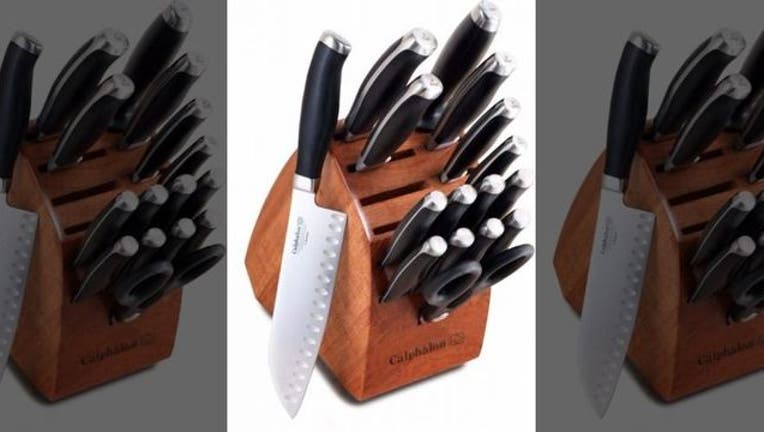 This 17-piece cutlery set from Calphalon may have defective knives. (Courtesy Calphalon)

FOX NEWS - As if mastering the art of the perfect julienne isn't tricky enough, thousands of people have now reported that blades have been snapping off their Calphalon knives, some even causing serious injuries.

On Thursday, the cookware company issued a voluntary recall for over 2 million knives from its Contemporary Cutlery line due to safety concerns over broken blades and 27 reported incidents of lacerations.

To date, Calphalon says it has received about 3,150 reports of broken knives. Four of the 27 reported injuries required stitches, according to the United States Consumer Product Safety Commission.