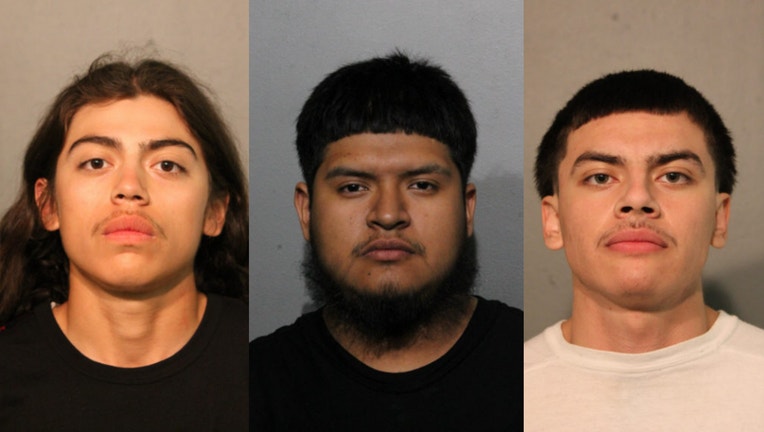 Jiovanni Araujo, Yair Cruz-Roman and Guillermo Mota Jr., each face two counts of aggravated battery of a peace officer after they allegedly tossed "pyrotechnic objects" at police vehicles around 3:55 a.m. in the 200 block of North Columbus Drive, police said.

Two police officers were hurt during the incident. The windshield of their patrol car was shattered and the hood and headlights were also damaged, police said.

Araujo was also charged with two counts of aggravated assault of a peace officer and one count of criminal damage to government property under $500.

Cruz-Roman faces a disorderly conduct charge for failing to disperse and Mota was charged with one misdemeanor count of reckless conduct.

The 19-year-olds are due in bond court Tuesday.

Fireworks, donuts and chaos erupt overnight in the Loop

The Fourth of July got off to a raucous start with fireworks exploding, cars doing donuts and police swarming downtown Chicago.