Candace Jordan shares her story: From a small Illinois town to a Playboy Bunny

Candace Jordan is a local columnist and blogger who has her pulse on all things Chicago. Her goal is to help raise awareness for as many charities as possible.

CHICAGO - Candace Jordan is a local columnist and blogger who has her pulse on all things Chicago. Her goal is to help raise awareness for as many charities as possible.

But the road to where she ended up today started in a small Illinois town and led her to be on the cover of Playboy magazine nine different times, and she is still gracing the magazine's pages 30-years later.

She's written “Candid Candace” for the Chicago Tribune for nine years and started blogging 11 years ago. For Jordan, it's all about philanthropy and trying to help spread the message about charities and worthy causes.

"I want to cover every single one, big and small, because they may not get coverage,” she said.

But before she became “Candid Candace,” she was Candy Collins.

Growing up in Dupo, Illinois, she was a high school cheerleader that took up modeling and eventually became a Playboy Bunny. We caught up with her at one of her favorite Chicago hot spots, Gibsons Bar & Steakhouse, which is a special location for she and her husband Chuck.

"This is where we came when we got engaged,” she said.

We asked Candace how a young girl from Dupo becomes a Playboy Bunny.

“I wound up being valedictorian of my class so I was going to St. Louis University,” she said. “A girlfriend of mine said, ‘they’re hiring at St. Louis Playboy Club, you should go over.’"

"Shortly after I became a Bunny in St. Louis, I was asked to pose for Playboy,” she added. “After they saw photos in Chicago, they asked me if I wanted to transfer here and move to the Chicago Playboy mansion and I started working at Chicago's club. It was heavy stuff."

"I was a centerfold in December of 1979. Before that, I did Best Bunnies Pictorial in 1974 and three years ago, I was called back to recreate one of my covers with four other women and that was 38 years later,” Candace said. 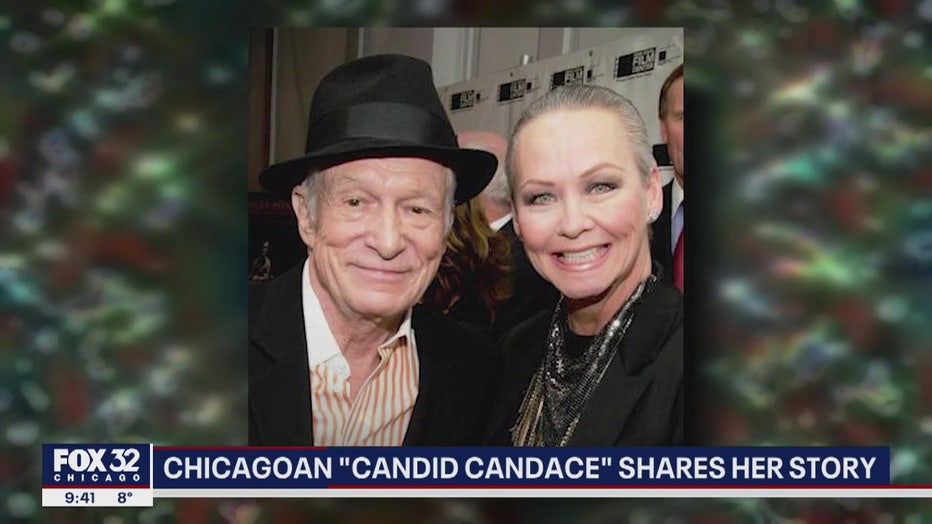 We asked Candace what it was like moving into the Chicago Playboy Mansion at the age of 22.

"It was everything you can imagine it was and more,” she said. “You could order room service 24 hours a day, butler service, lobster at 3 a.m., the bowling alley was open. It was like a fun house and it was magnificent.”

We asked her what it cost to live there, and she said $50 a month.

Candace went on to appear in a life-sized ad in Times Square and even snagged a small part in the film “Risky Business” with Tom Cruise.

"There were several girls in Chicago that were in the movie, but I had lines,” Candace said.

But no matter how much she has done or how far she's come, she remains proud of her Playboy connection, appearing in its pages as recently as last fall. She likes to quote the late Hugh Hefner who said, “Once a playmate, always a playmate.”