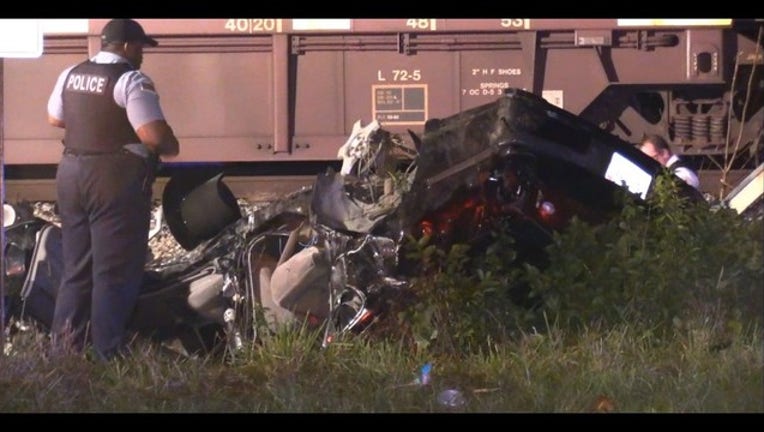 HARVEY (Sun-Times Media Wire) - A car was hit by a freight train early Sunday morning in south suburban Harvey while attempting to go around a down railroad crossing.

About 3:30 a.m., the car was going 46 mph and continued to drive around the crossing at 148th Street and Ashland Avenue, according to Harvey Fire Department Captain Ron DeYoung.

The train hit the vehicle, which flew about 30 feet, Young said. A victim was removed from the car fifteen minutes later, still breathing and with a pulse.

He was taken to Advocate Christ Medical Center in Oak Lawn but his condition was not immediately available.