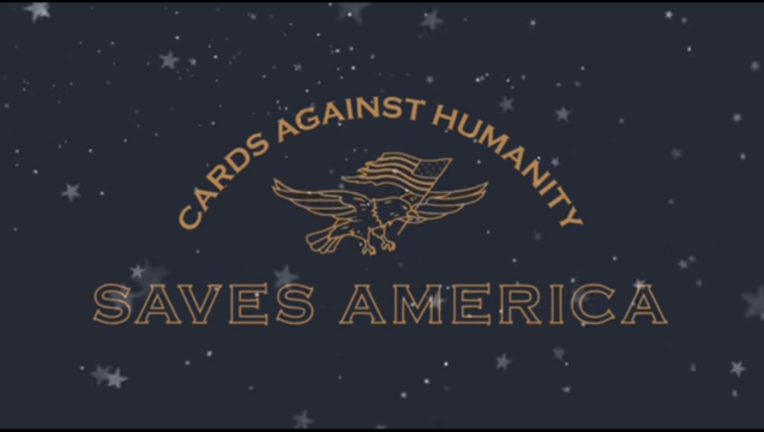 (FOX 11) - The folks behind the famously naughty party game 'Cards Against Humanity' are getting political.

Their holiday promotion is taking aim at the Trump administration..

The company purchased a plot of vacant land on the border of the US and Mexico and retained a law firm specializing in eminent domain.

The company did it they say to make it time consuming and expensive to get President Trump's wall built.

Now to the holiday promotion part. It's called 'Cards Against Humanity Saves America.'

According to the website, if you send fifteen dollars, you'll get six America-saving surprises in December.

Including an illustrated map of the land, a certificate of promise to fight the wall and some new cards.

The company says quote 'It'll be fun, it will be weird and if you voted for Trump, you might want to sit this one out.'