The city’s planning agency Monday approved zoning for the proposed Bally’s casino at Chicago Avenue and Halsted Street, a step in the $1.7 billion project’s journey through government approvals.

CHICAGO - Zoning for a Bally’s casino in Chicago got the blessing Tuesday of a City Council committee as a key alderperson accepted the company’s promises to hire minorities.

Ald. Walter Burnett Jr., whose 27th Ward includes the casino site near Chicago Avenue and Halsted Street, chose to praise the project rather than "raise a lot of hell" that he threatened Monday if he didn’t see written agreements Bally’s had made with labor unions by Tuesday.

At the meeting of the Committee on Zoning, Landmarks and Building Standards, Burnett said he has seen some documents and been given a commitment from Mayor Lori Lightfoot’s administration about minority hiring. After Burnett spoke, the committee endorsed the casino zoning on a 10-4 vote.

Burnett mentioned the project’s complexity and Bally’s likely need to bring it back to the City Council on other issues.

"Everybody gotta come back and see you, and eventually, they’re going to need something else," Burnett told alderpersons. "So I know that I’m sure they don’t want to see me upset in the future, that they’re going to keep their commitment for hiring people in our neighborhood. So I feel confident that this is gonna be OK."

The casino zoning now goes to the City Council, which could vote on it Wednesday.

Burnett has criticized unions in the construction trades for not providing enough opportunities for Black residents. 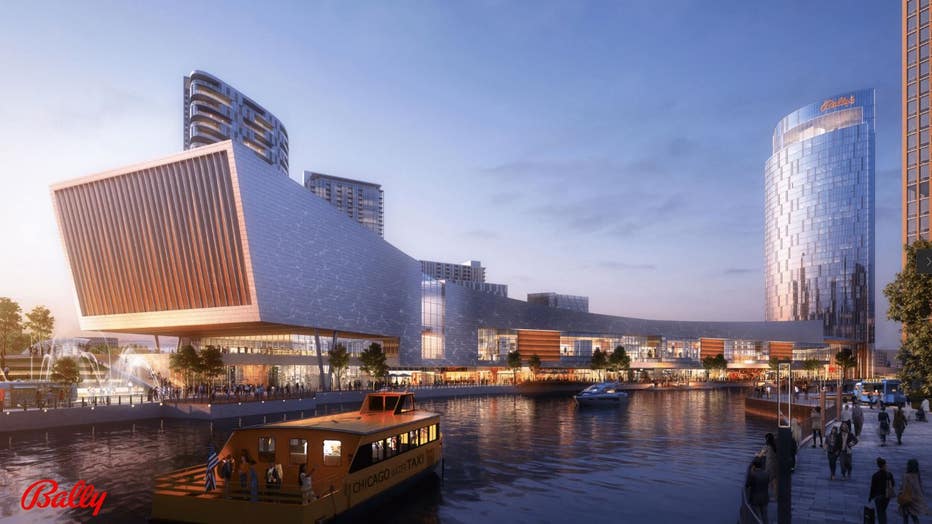 Bally’s executives at the committee meeting reaffirmed pledges that 46% of all contracts will go to minority- or women-owned firms and that 60% of hiring will go to minorities. Christopher Jewett, vice president of corporate development at Bally’s, said he is confident Bally’s can keep those commitments based on experiences in other cities.

In an interview later with the Sun-Times, Burnett said the trade unions and Bally’s are working together on minority hiring and that the city has a strong contractual pledge on the subject from the casino operator. "Everybody is in sync to make sure they’re hiring from the community," he said.

While he has criticized the trade unions, Burnett said, "I’d like to give them a chance. They see that I’m serious."

The new zoning, if approved, would allow for a 500-room hotel, a 3,000-seat theater and event center and a riverwalk. The casino would get 4,000 gaming positions. But to start the project, Bally’s still needs the approval of the Illinois Gaming Board to operate in Chicago.

If it gets that, Bally’s intends to open a temporary casino in Medinah Temple, 600 N. Wabash Ave., perhaps next year. It hopes to have the permanent casino, a $1.7 billion investment, open in 2026.

Several zoning committee members praised the casino for the union jobs it will provide and for its financial benefits to the city, which has already gotten a $40 million payment from Bally’s.