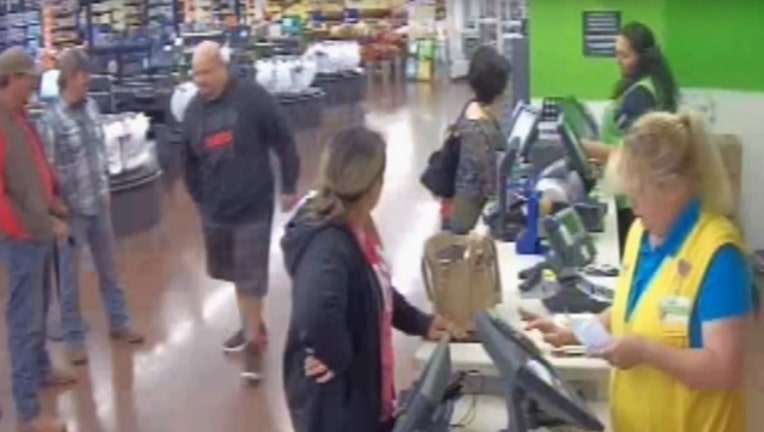 FOX NEWS - Oklahoma police are searching for a man who allegedly stole money from a child.

The Oklahoma City Police Department says a mother was in the customer service area of a local Walmart last week, and placed a $100 bill on the counter.

Her toddler then started playing with the money.

The suspect approached the child, ripped the bill from his hands and walked away. The two men standing in the background appeared to laugh at what happened, perhaps not realizing the child did not know the man.

Police released video of the incident on March 9.