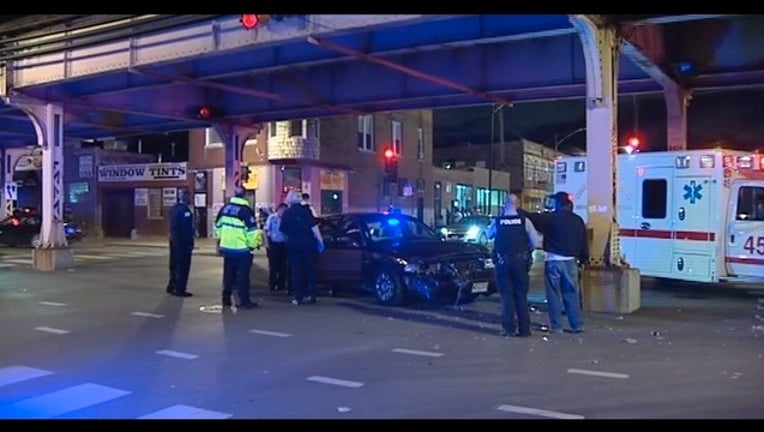 About 9:50 p.m., a squad car traveling south on Homan was hit by an eastbound vehicle that ran a red light at Lake, police said.

One officer was taken to a hospital with non-life-threatening injuries.

After the collision, two men in the vehicle ran off, but were eventually taken into custody, police said. During the pursuit, another officer suffered minor injuries.

The runners, a 20-year-old Humboldt Park man and a 22-year-old North Austin man, were charged with misdemeanor reckless conduct, police said. The younger man faces an additional charge of resisting a peace officer. They appeared in bond court Saturday.

It wasn’t clear Sunday afternoon if the driver was issued any citations or charges.