CHICAGO - A liberal Chicago alderman decried the Windy City's crime wave on Monday night – and even questioned the usefulness of calling police.

George Cardenas, a Democrat, is alderman of Chicago's 12th Ward. He was appointed as deputy floor leader in Chicago's City Council by Chicago Mayor Lori Lightfoot in February 2021.

However, his loyalties to Lightfoot did not preclude him from lambasting the uptick of crime in Chicago.

"Public safety in Chicago is a joke," George Cardenas wrote on Twitter on Monday night. "Why bother calling [the] Police."

The alderman was responding an article about a recent mugging, in which a car full of thieves robbed a 30-year-old man at gunpoint.

The suspected robbers were able to get away from Chicago police after a CPD supervisor advised authorities to stop chasing them.

Six people were killed and 28 were shot — seven of them teens — over the weekend in Chicago.

Cardenas' comments come as Chicago experiences a rampant crime wave. A recent disturbing video shows a woman in Chicago's North Side screaming while being tackled and robbed at gunpoint.

A recent report predicted that Chicago carjackings in 2022 will be 6 times as high as it was in 2014. 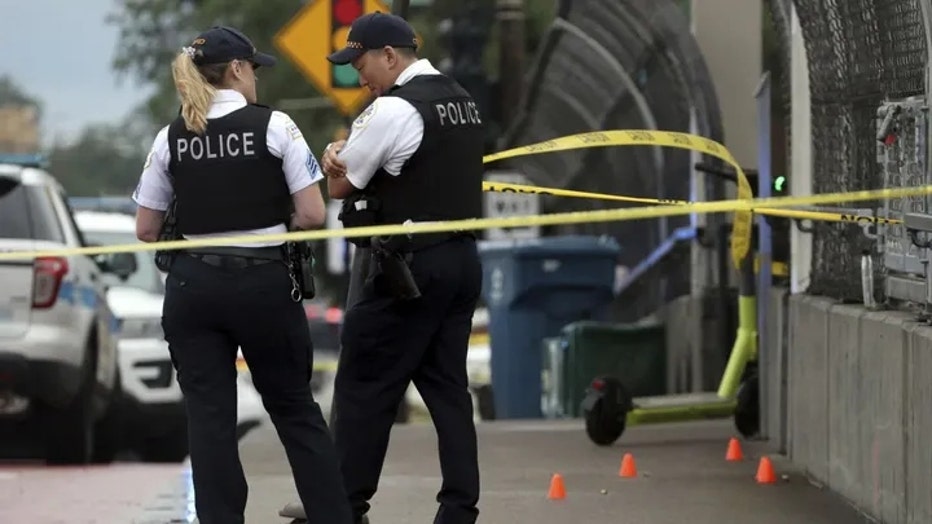 Chicago police officers guard a crime scene after a shooting at the CTA Red Line station at 79th Street on Aug. 8, 2022. (Getty Images)

Cardenas is expected to step down from his City Council seat as he runs for the Cook County Board of Review this November.