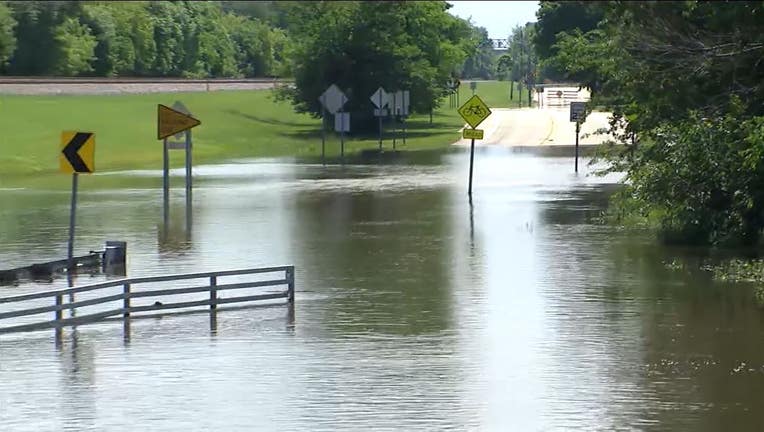 CHICAGO - Chicago and its surrounding suburbs will be under a flash flood watch Saturday night as another wave of rainfall is expected to wash over the area.

The watch, which sets in at 10 p.m., will apply to Cook County and its neighboring western and southern counties, as well as parts of Northwest Indiana, the National Weather Service said.

Showers and thunderstorms in the area could produce rainfall of more than an inch per hour, the weather service said.

The south suburbs, which already saw between two and seven inches of rainfall Friday, are particularly susceptible to flash flooding, forecasters said.

The rain is expected to continue well into next week, with Monday standing as the sole exception, the weather service said. Temperatures could fluctuate greatly in the coming days as well, with highs expected in the mid 80s on Monday before dropping to the low 60s by Friday.