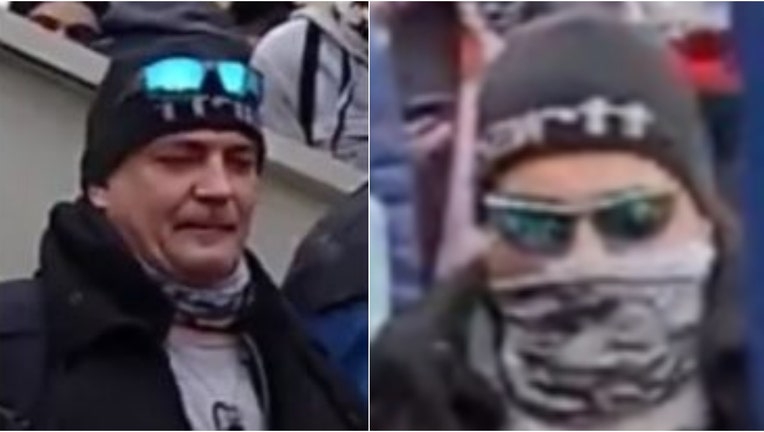 The FBI released several surveillance images of a man wanted for breaching the Capitol on Jan. 6, 2021 | FBI

CHICAGO - FBI Chicago is asking for the public's help in identifying a Chicago-area man who allegedly sprayed a federal officer with wasp repellent and smashed out windows with a baton during the Jan 6, 2021 riot at the Capitol.

The FBI said tip information they received indicated the man is likely living in the Chicago area.

The man was alleged to have attacked a federal officer with wasp spray and used a police-style baton to break Capitol Building windows, according to an FBI new release.

He is described as a white man with a medium to heavier build. On the day of the Capitol breach he was wearing white and black gloves, a black knit Carhartt beanie, reflective sunglasses and a brown/gray multi-toned gaiter with a black hooded winter coat, according to the FBI. 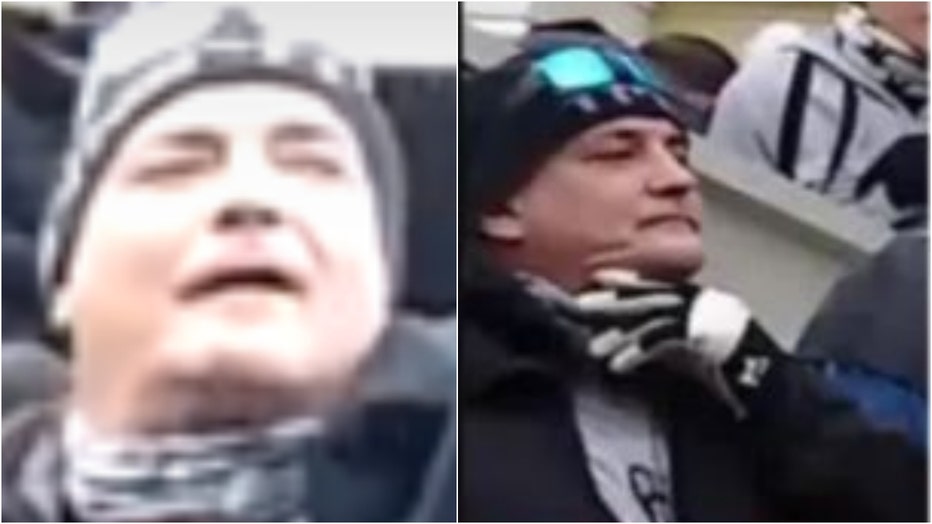 The FBI released several surveillance images of a man wanted for breaching the Capitol on Jan. 6, 2021 | FBI

Anyone with information is asked to call 1-800-CALL-FBI to report tips. Callers should reference Photo 283.

You can also submit tips to the FBI anonymously at tips.fbi.gov.