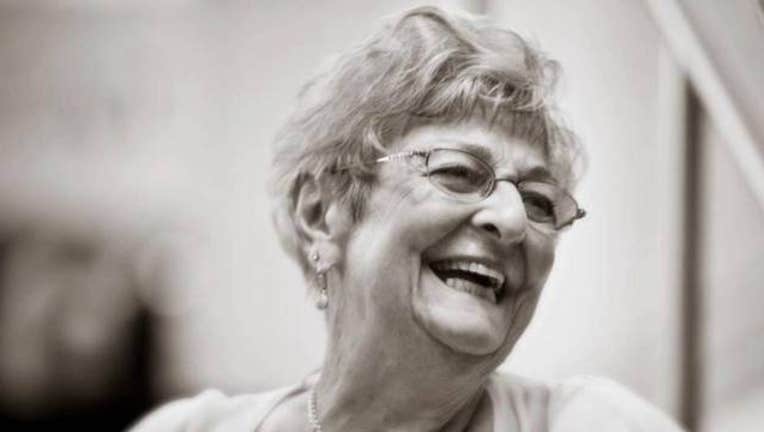 CHICAGO (AP) - Margaret Vinci Heldt, who became a hairstyling celebrity after she created the famous beehive hairdo in 1960, has died at age 98.

Ahlgrim Funeral Home in the Chicago suburb of Elmhurst said Monday that Heldt died Friday at a senior living community.

The beehive — a tall, conical woman's hairstyle — became a cultural phenomenon during the 1960s and evolved into a style worn for decades as Hollywood's starlets walked red carpets. Heldt created it on the request of a hairstyling magazine that published images of it in February 1960 and called it "the beehive" because it resembles the shape of a traditional hive.

"I have lived a charmed life," Heldt said in a 2011 interview with The Associated Press. "The opportunities opened to me and I said, 'Now it's up to me. I have to make it work.'"

Heldt said the inspiration for the hairstyle came from a little black velvet hat, shaped like a small bump and lined inside with red lace. Heldt went downstairs to her family room one night while her family was sleeping. She put on music and started working with hair atop a mannequin head.

The magazine article described the hairdo as a "tall wrap-around crown, creating a circular silhouette with high-rise accents." Over the years, it was worn by cultural icons, including Amy Winehouse, Audrey Hepburn and Marge Simpson.

Heldt grew up in Chicago and loved hair as a child. She won a beauty school scholarship in high school, but her family couldn't afford to buy her a hair switch — a piece of fabric with long hair attached so students could practice — so she cut her mother's long hair into a short bob and sewed that onto burlap to use in class. She passed the state board exam in 1935.

Heldt opened her own salon — Margaret Vinci Coiffures — on Michigan Avenue in 1950. She won the National Coiffure Championship in 1954.

Heldt earned accolades during her retirement. The trade group Cosmetologists Chicago named a scholarship for Heldt for creativity in hairdressing.