A Chicago artist has created a tribute to Adam Toledo in the alley where he died.

CHICAGO - A Chicago artist has created a tribute to Adam Toledo in the alley where he died in Little Village.

On Friday, Pablo Serrano put the finishing touches on this mural at 24th and Sawyer, near the very spot where Toledo was shot.

Serrano said the cutout of Adam with his hands up and angel wings is meant to show the huge void that his death leaves in the community. 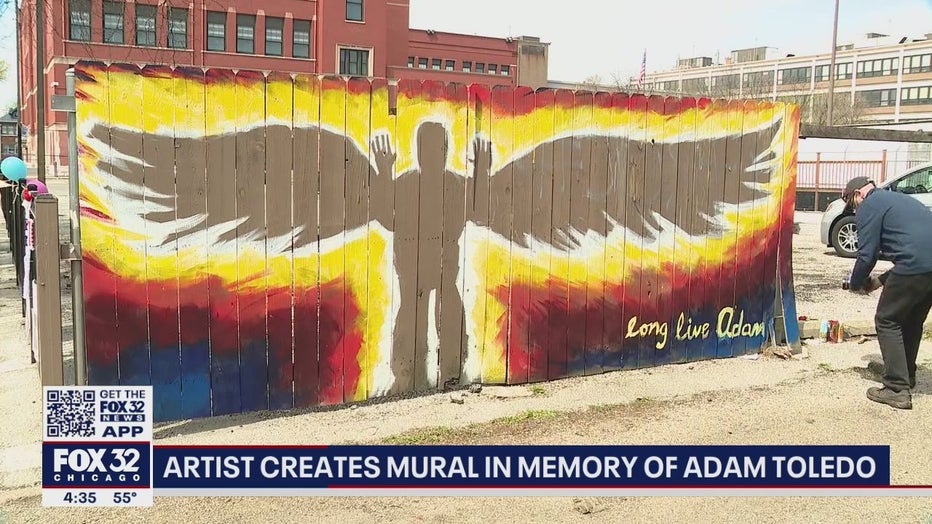 He says he himself has worked with kids like Adam, and this is something everyone needs to process.

Protecting other children in wake of Adam Toledo’s death

"It's also an acknowledgement that what happened on this corner is something we all have to process and act on," said Serrano. "I used to be a high school art teacher, and I worked with a lot of youth that were like Adam. And you can't kick youth like that out. You have to connect."

Serrano also said he hopes people will work to stop alienating and stereotyping each other, and not throw young people away, but listen to them.