A Chicago man with years of experience in self-defense took matters into his own hands when another man allegedly punched a 7-Eleven employee on the North Side.

CHICAGO — A Chicago man with more than two decades of experience in self-defense took down an alleged thief at a 7-Eleven on the city’s North Side, pinning him to the ground until police arrived.

The Good Samaritan, who captured much of the ordeal on a Facebook Live video, stepped in after the suspect allegedly punched a 19-year-old employee.

Idriz Redzovic, who owns the Supreme Academy of Jiu-Jitsu in Lincoln Park, has 22 years of training and is a 3rd-degree Gracie Jiu-Jitsu Black Belt.

Last Thursday night, Redzovic went to 7-Eleven on Ashland and Lawrence to buy Slurpees for his kids. That’s when he noticed a man harassing people outside.

"He comes up to me and says, ‘what are you looking at?,’" said Redzovic. "In my training I tell people to take a step back, hands up, don’t engage unless you feel safe."

Redzovic says he continued to watch the man, who eventually went inside the store. That’s when he witnessed the suspect attacking an employee. In that moment, Redzovic says his instincts took over.

"Once I saw him actually connect and hit the employee in his head, I jumped in, grabbed him like I do in training here, put him down, flattened him like a pancake and then I tied him up like a pretzel in a position called ‘Gift Wrap’ or ‘Twisting Arm Control,’" said Redzovic.

For 18 minutes Redzovic live-streamed the ordeal, keeping the man on the ground until Chicago police arrived.

A Chicago man with a black belt didn't wait for police and took matters into his own hands when detaining a man who allegedly punched a 7-Eleven clerk. WARNING: Video contains graphic language. Viewer discretion is advised. (Video courtesy: Idriz Redzovic)

"Come on man," the alleged thief can be heard on video saying to Redzovic.

"No, I’m not letting you go, you were harassing those girls and then you swung at that 7-Eleven employee," said Redzovic.

When police arrived, they arrested the suspect. 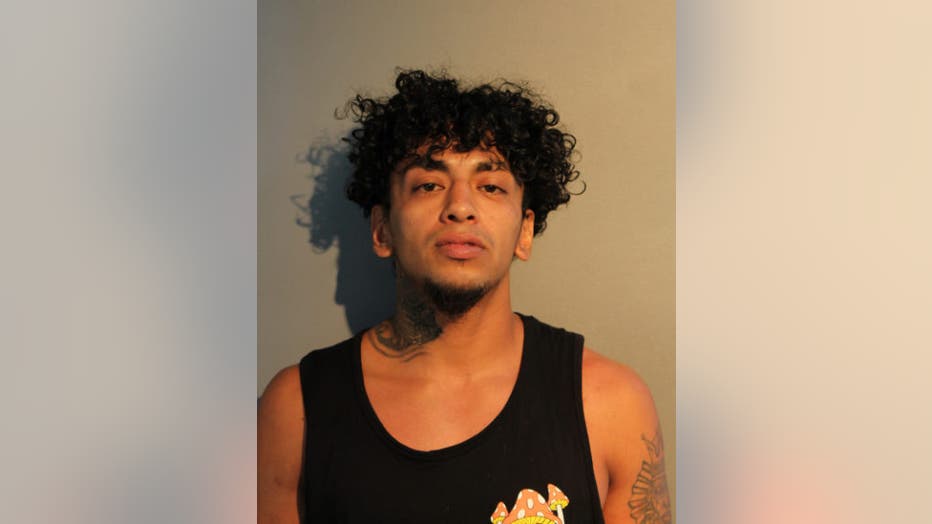 Earlier in the day, police said Cruz stole merchandise from the 7-Eleven. When the suspect returned to the store, he was told by the 19-year-old employee to leave. Police said that’s when the suspect punched the employee – and Redzovic detained him.

"Sometimes people come to us after something happens to learn self-defense… why not learn it now?" said Redzovic.

At his academy, Redzovic teaches children as young as 5-years-old. His oldest student is 72.