The Mount Carmel High School community is grieving after 15-year-old Isaiah Wade was gunned down behind his home in the Roseland neighborhood.

CHICAGO - The Mount Carmel High School community is grieving after 15-year-old Isaiah Wade was gunned down behind his home in the Roseland neighborhood.

Wade was a sophomore football player at the school.

“You talk about a kid who was loved by his teammates, his coaches, his teachers also. A kid who did things the right way on the field and in the classroom,” said head football coach Jordan Lynch.

Wade’s school picture is now surrounded by flowers and candles at Mount Carmel High School. He was shot in the head Monday afternoon in the alley behind his home. He later died at Comer Children’s Hospital. 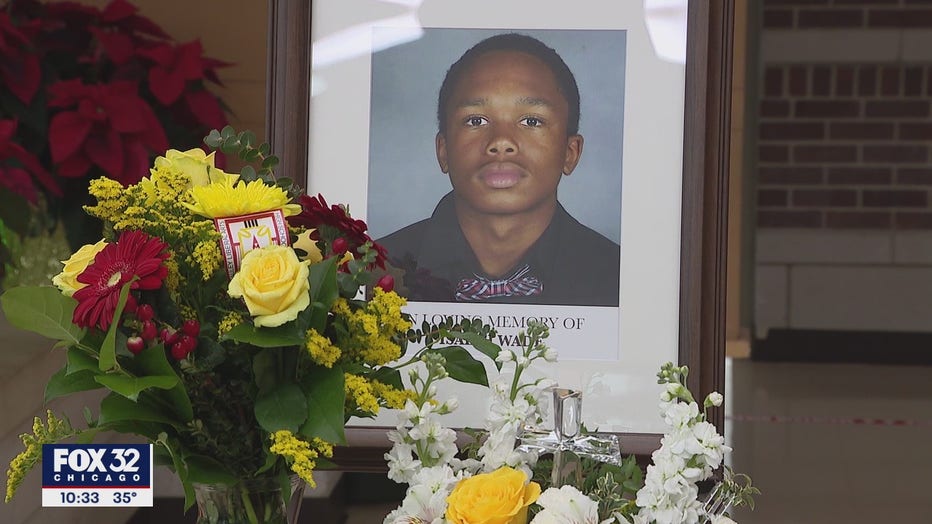 “It’s tough. A lot of his very close friends aren’t in school today. They are out of the building and they’re struggling,” Lynch said.

Wade starred as a defensive back and wide receiver on the sophomore football team, and was good enough to play all four years, his coach says.

Wade was also on the lacrosse team, and carried a 3.8 GPA.

On Tuesday morning, his football teammates grieved in the school’s chapel and then all 600 Mount Carmel students gathered outside.

“We brought the entire student body out to the football field. Had the sophomores go around the MC in the middle and just built up from there, and held a prayer service as an entire community, school,” said Mount Carmel President Ned Hughes.

There is no known motive for the shooting, but neighbors say there has been a wave of violence in Roseland, which is why Mount Carmel was his refuge.

“The kids can’t live here and we can’t keep them here, as much as we want to protect them and be with them every second,” Lynch said.

School officials say Wade is the first Mount Carmel student to fall victim to violence in many years, and Chicago police say at this point they have no suspects in custody.