Chicago drill rapper Londre Sylvester was killed in a hail of bullets as he walked out of Cook County Jail over the weekend, a day after his fiancé had posted his bail.

CHICAGO - Chicago drill rapper Londre Sylvester was killed in a hail of bullets as he walked out of Cook County Jail over the weekend, a day after his fiancé had posted his bail.

Sylvester, 31, who performed as KTS Dre and Kutthroat Dreko, was standing with a 60-year-old woman in the 2700 block of South California Avenue when a car pulled up around 8:50 p.m. Saturday and two gunmen fired off dozens of shots.

Court records indicate Sylvester’s fianacé had put up $5,000 on Friday to secure his release on charges of violating a previous bond in a 2020 gun case.

It was not clear why Sylvester did not walk out of the jail until the next day, or how the gunmen knew he would be leaving then. The Cook County sheriff’s office deferred comment to the Chicago Police Department, which declined to release any more details of the attack.

Police reports identified Sylvester as a member of the Lakeside faction of the Gangster Disciples, and mugshots show he had the words "Kill To Survive" tattooed on his neck beneath what appeared to be a gun sight. 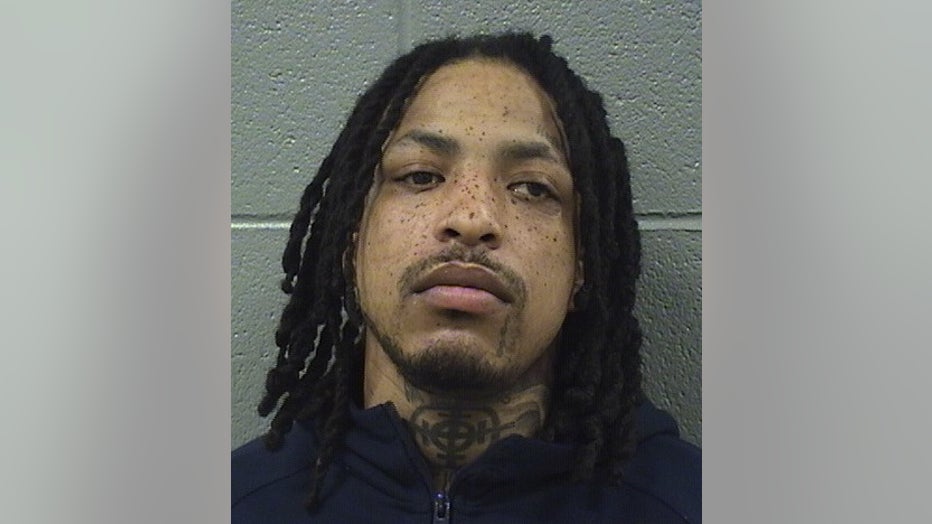 Another woman, 35, was standing nearby and was grazed by a bullet to her face, police said. She was taken to Mount Sinai Hospital and was also listed in good condition.

Dozens of yellow, numbered evidence markers — typically used to denote the location of shell casings— stood massed on South California Avenue as police combed the street in a light rain Saturday. A bloody shirt lay on the sidewalk that led to the exit where prisoners are released from the sprawling jail complex. 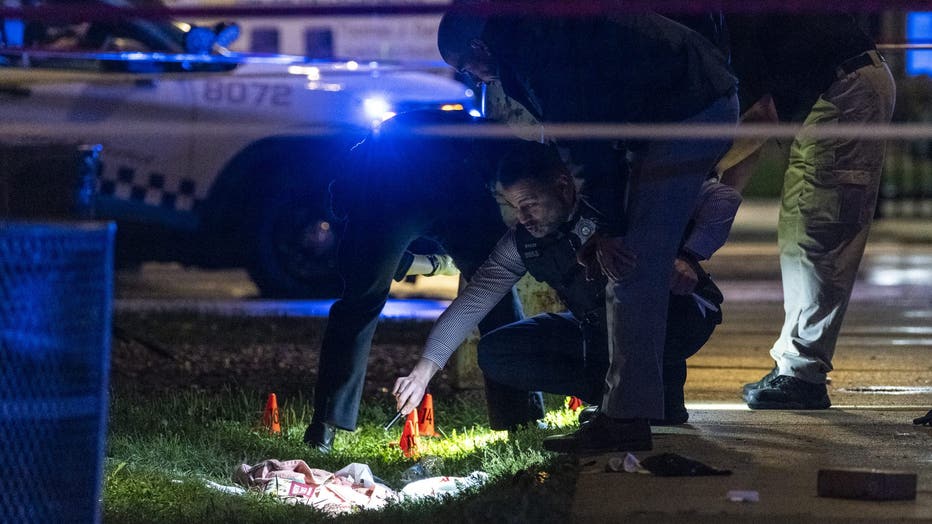 Chicago police work the scene where 3 people were shot, including 1 person who was shot and killed, in the 2700 block of South California Avenue, in the Little Village neighborhood, Saturday, July 10, 2021. | Tyler LaRiviere/Sun-Times

A woman who had gone to the jail to visit a detainee Saturday said she heard what she thought were fireworks going off as she talked with another visitor at the entrance to a parking lot a block south.

"We were talking from car to car and I looked at her and said, ‘Those sounded really close," she told the Sun-Times. "Moments later, I heard two pops in front of the visiting area, then more in a cadence that couldn’t be anything but gunshots."

The woman, who asked that her name not be used, said they ducked inside their cars and waited for the shots to end.

"When the shooting stopped, a Cook Country [sheriff’s officer] said to me, ‘Young lady, I think you better move your car,’ and at first I laughed it off because I didn’t believe him, but he was serious and told me those were gunshots.

"I can’t stop thinking to myself that had I not stopped to talk to my friend, I could have been in that area when they were shooting," she said. "I was supposed to be over there." 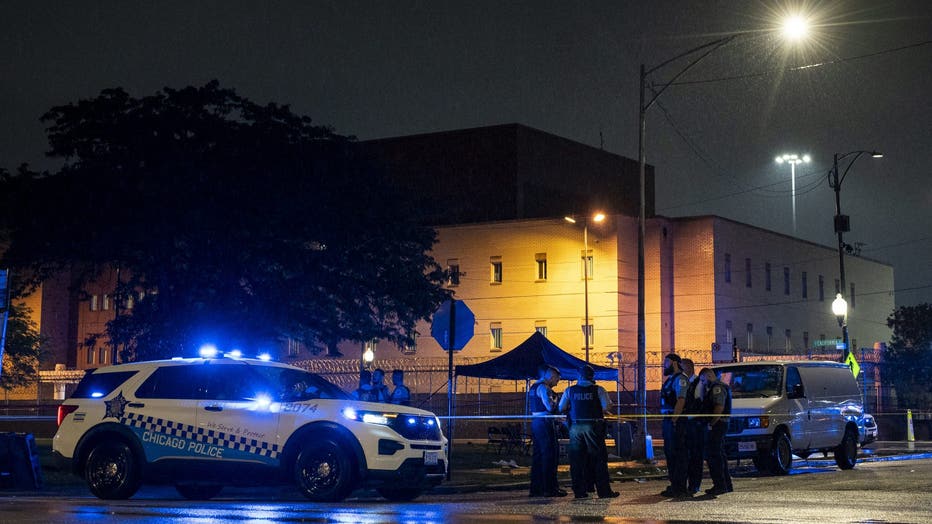 Chicago police work the scene where 3 people were shot, including 1 person who was shot and killed, in the 2700 block of South California Avenue, in the Little Village neighborhood, Saturday, July 10, 2021. | Tyler LaRiviere/Sun-Times

Court records indicate Sylvester had been jailed in June for violating conditions of his bond in the 2020 gun case, but had been living under house arrest since last December with a GPS monitoring device.

A judge had granted him four hours each Thursday to leave the house to run errands, but sheriff’s officials claimed he’d violated those conditions by visiting "various locations in Chicago and Wisconsin" on June 11.

Sylvester’s public defender called for a bond hearing, claiming Sylvester was arrested June 11 "after running errands during the allotted time on the allotted day of the week." Judge Lawrence Flood set bond at $50,000, requiring a deposit of $5,000.

The gun case stemmed from an April 2020 arrest when someone reported Sylvester carrying a gun in his car in the Auburn Gresham neighborhood. Officers spotted Sylvester behind the wheel of a white Jaguar sedan, parked beside a pump at gas station in the 8200 block of South Halsted, according to a police report.

When they approached the car, officers saw that Sylvester, who was on parole for a 2015 gun conviction, had a 9mm Glock pistol in his lap.

One of the officers tried to grab the gun from Sylvester as Sylvester put the car in gear, the report states. Two officers struggled with Sylvester and wrestled him out of the car.

Chicago Police Superintendent David Brown emerged from meetings at the White House on Monday optimistic about the city receiving new federal help amid a surge in violent crime.