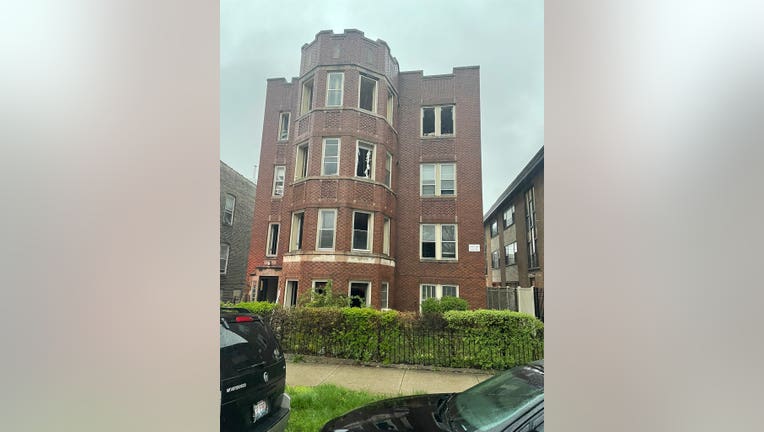 CHICAGO - A firefighter and another person were injured in a blaze Tuesday morning in the West Woodlawn neighborhood.

The fire began around 6 a.m. at a four-floor apartment building at 6418 S. Vernon Avenue.

Officials said a firefighter fell down a stairway that collapsed during the fire. He was taken to the University of Chicago Medical Center with minor injuries.

Another person was taken to St. Bernard Hospital but the extent of their injuries were not immediately clear.

The apartment building was secure around 7 a.m.