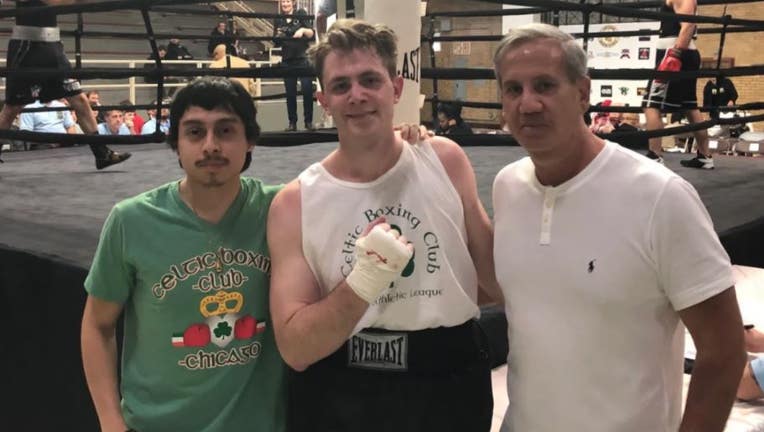 Jorge Alvarado, Brendan McClorey and Mike Joyce at the 2020 Golden Gloves tournament before its cancellation. | Provided

CHICAGO - The Chicago Golden Gloves announced Monday that they have decided to cancel their 2021 boxing tournament because of statewide COVID-19 restrictions that would have set a hard cap on audience numbers, depriving the organization of their main source of income for the year.

Last year, the tournament was canceled just one weekend in because of the COVID-19 lockdown.

Holding the annual Golden Gloves tournament at limited capacity, mandated under Phase 4 of Gov. J.B. Pritzker’s coronavirus restrictions, would have resulted in losses upwards of $30,000, according to Golden Gloves board member Larry Roeske.

In addition to keeping the nonprofit running, money from ticket sales helps cover the cost of tournament winners’ travel and accommodations for national fights, which can total up to $40,000 for fighters and their teams.

"We looked at every possible angle not to cancel it, and I’m sure there’s people that are upset, but again, you can only do what you can do," Roeske said. "Everybody on our board and the people that help out with us — the officials, the referees, the coaches — no one’s getting paid to do this; it’s all volunteer, and we just couldn’t take a hit like that."

For the boxers that have been training for the tournament for months, the cancellation is a major setback, as the Golden Gloves remain a way for highly touted amateurs to gain national exposure.

One fighter at Windy City Boxing in Pilsen, 18-year-old Romeo Schuler, moved to Chicago from Alabama "because the Midwest is just a great place to box; it has a lot of history," he said. He moved to the city in December and had been training five days a week in hopes of making a name for himself at the legendary tournament.

Schuler is concerned about how the cancellation may affect his career but said he has no choice but to keep training.

"Winning is bragging rights, people take [the Golden Gloves] serious. It’s history with that stuff, to be able to say you’re a Golden Glove champion. That would be crazy, that’s a lot of kids’ dreams," Schuler said.

Former U.S. Olympian Montell Griffin, Schuler’s trainer, lamented the cancellation, saying that all but "two or three" of his boxers have stopped showing up for training because of a lack of fighting prospects. 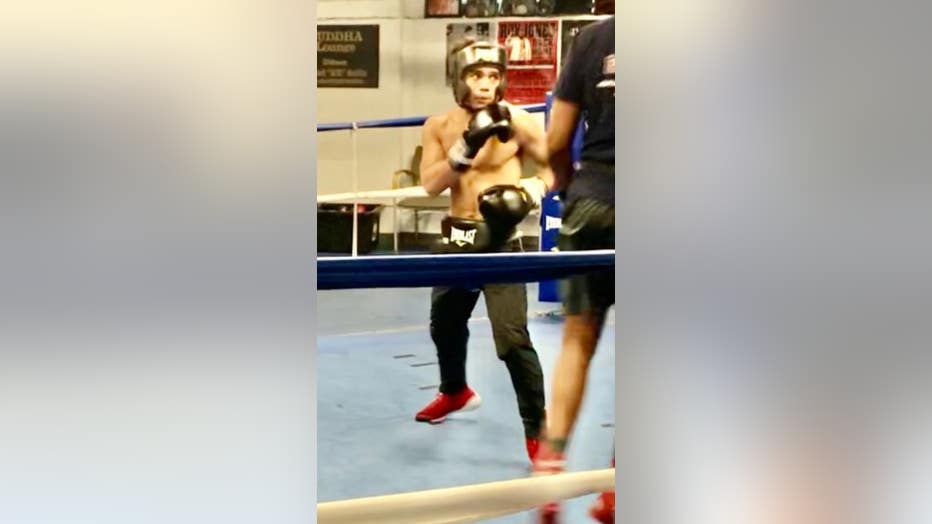 "I’m a guy who fought as an amateur, I know how it important it is and what it meant to my life, so I know how important it is for these kids. It’s just a sad thing, I hope something can be done," Griffin said. "I don’t understand, you can go in a bar and buy liquor but you can’t have amateur boxing, it doesn’t make sense to me."

In the absence of established amateur bouts, Mike Joyce, founder of Chicago Celtic Boxing Club in Mt. Greenwood, said he hopes to hold a virtual exhibition in the near future so his fighters can showcase their skill.

"I feel sorry for the kids but I was trying to explain to them, you got kids who are missing out on proms and graduations and funerals," Joyce said. "So it’s hard to take because the Golden Gloves have been in existence for almost 100 years, but times are tough for everybody, so you can’t really get down too much."

"Really the goal right now is just to stay in shape and be ready for anything — keep working on that, keep working on my technique, keep getting sharper every day," said Brendan McClorey, a 24-year-old light heavyweight fighter at Celtic. "I don’t plan on slowing down anytime soon and I’ll be ready for next year…the Golden Gloves is something I’ve wanted to win since I was 8 years old."