CHICAGO (Fox 32 News) - A community is reacting to graffiti found in their north side neighborhood bearing messages of hate and neo-Nazism.

Scrawling messages in support of diversity in chalk outside Waters Elementary in Lincoln Square, hundreds turned out to rally and flood the sidewalks of their community, after the graffiti was discovered nearby Saturday.

“Our motto is hate has no home here and as soon as the messages of hate it, we knew we had to do something,” Jason Rieger, who organized the rally.

Holding signs meant to counter the graffiti, the group listened as Solomon Lieberman spoke of his Jewish heritage before kissing his Puerto Rican wife and child, making them the focal point of his message.

“I think we should all see that this isn't a Jewish question or a Latina question; this is a human question that we're forced to confront thanks to this senseless act,” Lieberman said,

Rieger said he had no idea who left the graffiti.

“I feel like a strong member of the community and I want to make sure that people who are acting this way know it's not okay,” said Dave Shroter, who attended and walked through the neighborhood.

Sunday also saw a pair of demonstrations against hate-speech and white supremacy in two California cities, while at the same time in Chicago, a group was walking to Trump Tower after meeting, first, at Federal Plaza, where some blamed President Donald Trump for stoking the flames of bigotry.

Some were also holding signs in solidarity with those in Charlottesville, Virginia.

“I think that the president is stoking racism and sending signals to white supremacists that they have his blessing,” said Nicholas Limbeck.

Chicago police said there were no arrests at Sunday's rally downtown. 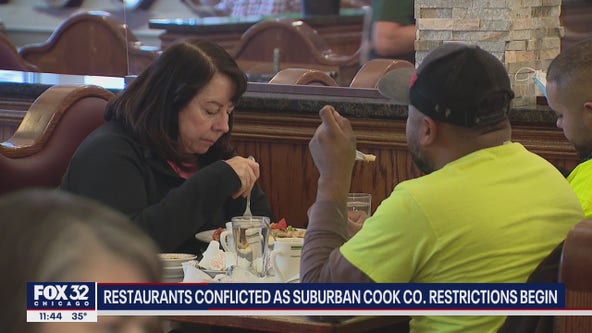 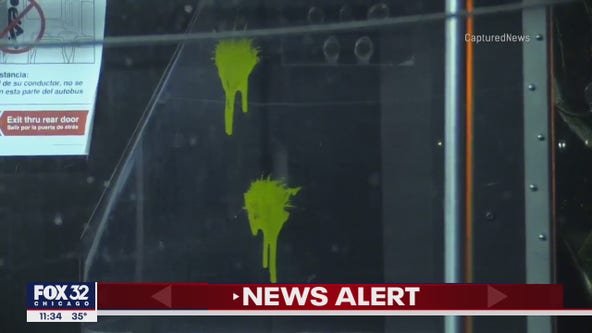