CHICAGO - Paul Johnson, a Chicago house music disc jockey and producer who scored a hit with his 1999 track "Get Get Down," has died from complications of COVID-19. He was 50.

Johnson died Wednesday morning at Little Company of Mary Hospital in Chicago, where he was hospitalized with COVID-19 on July 17, said Camille Harry, one of his agents.

"Paul Johnson fought up until the very end. His death comes as a shock to family and fans alike. Paul’s charismatic spirit made him a friend to many and an inspiration to all," she said in a statement.

Harry said Johnson’s family is devastated and asks for privacy as they grieve and make arrangements for his funeral, which she said remained pending Friday.

Johnson, who began DJing and producing in Chicago’s house music scene in the 1980s, was best known for his 1999 track "Get Get Down," which reached No. 5 on the British music charts, the Chicago Sun-Times reported. 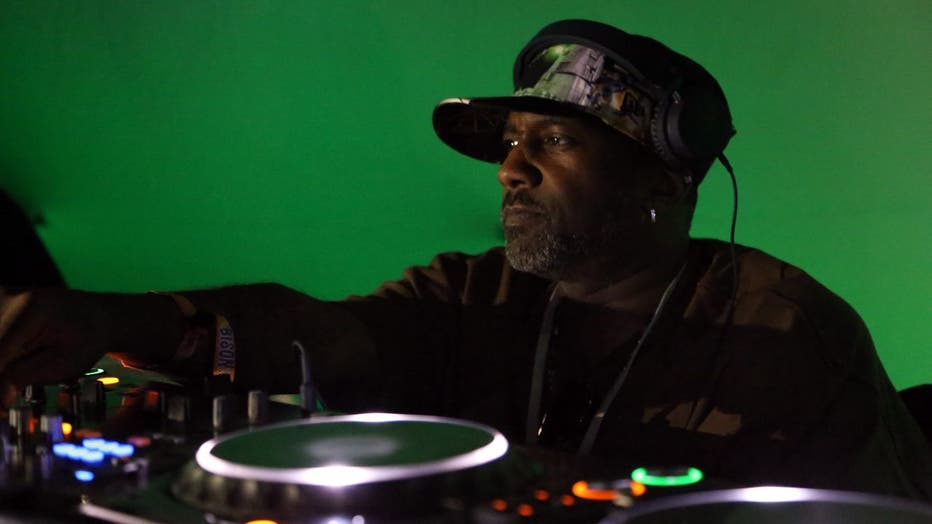 DJ Paul Johnson performs at The House By Heineken during day 1 of the 2014 Outside Lands Music and Arts Festival at Golden Gate Park on August 8, 2014 in San Francisco, California. (FilmMagic/FilmMagic via Getty Images)

The single also spent 18 weeks on Billboard’s Dance Club Songs chart and ultimately hit No. 1, according to Billboard.

Electronic music duo Daft Punk immortalized Johnson’s contributions to dance music in their 1997 track "Teachers," where his name was the first mentioned in the song’s roll call.

Johnson began using a wheelchair following a 1987 shooting. He later lost both his legs to amputation.

Chicago record executive Braxton Holmes, who had a working relationship with Johnson when the latter curated music for Cajual Records, said he thought Johnson "was out of the woods" after being hospitalized with COVID-19.

"For him to make it from being shot as a kid, wheelchair-bound, to his legs to being amputated, for (COVID-19) to take him out, it’s very sad," he told the Chicago Sun-Times.