Chicago motorists were fined hundreds of millions of dollars in improper city sticker and other tickets over the last decade, according to a ruling by an Illinois Appellate Court.

CHICAGO - Chicago motorists were fined hundreds of millions of dollars in improper city sticker and other tickets over the last decade, according to a ruling by an Illinois Appellate Court.

The court ruled Friday that the city of Chicago broke state law by issuing tickets and late penalties for the same violation that exceed a $250 limit, according to Myron M. Cherry and Associates, the law firm that brought the suit against the city.

The ruling found that the city has been issuing tickets that exceed the limit dating as far back as 2012. In some cases, motorists were issued city sticker tickets that carried fines and penalties for as much as $400, prosecutors said.

City sticker tickets that come with a price tag of $200 are not the issue. It's the potential late fees for that same violation which are the problem.

"The problem is that it’s at the expense of our most vulnerable citizens. This case is a perfect example of the city’s out of control ticketing practices," said Jacie Zolna, a lawyer representing city residents. "If you get two city sticker tickets for example on back to back days, that’s $200 each. That’s $400. If you double that with the penalty, that’s $800. That’s someone’s rent for the month or their groceries or their expenses they have to live on." 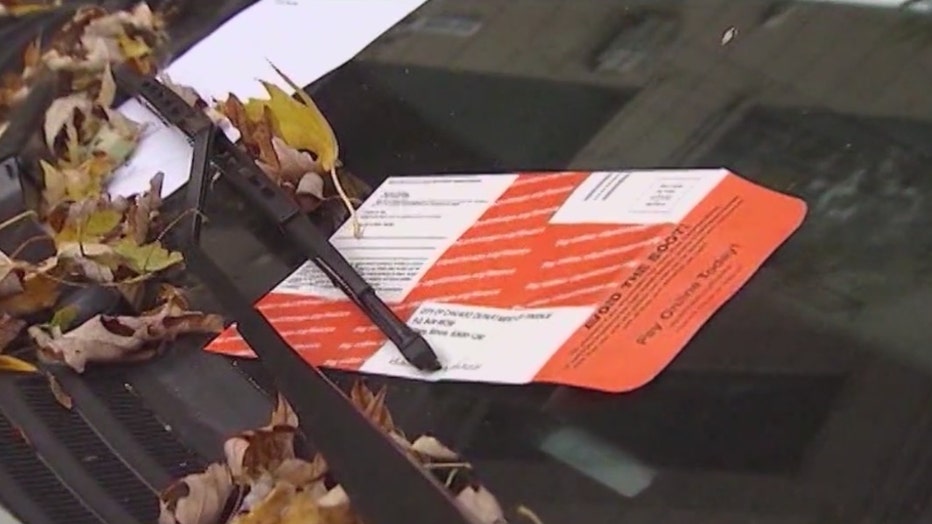 Zolna said it's often the city's most vulnerable residents who cannot afford to pay these fines that have now been forced to file for bankruptcy because of it.

The lawsuit cited recent studies that showed Chicago's ticketing practices disproportionately targeted residents who lived in lower income and minority communities. As a result, Chicago witnessed a spike in bankruptcy filings which the lawsuit claimed was largely due to illegal city sticker fines and penalties.

"When first elected, Mayor Lightfoot promised to rid Chicago of its ‘addiction’ to ticket revenue, but never delivered and, in fact, made things worse," Zolna said. "Today, the Appellate Court of Illinois delivered where the Mayor could not."

In response to the ruling, a spokeswoman for the city of Chicago said the law department is currently reviewing the ruling.