Seventy-five Chicago kids got the chance to go fishing with police officers and firefighters at Columbus Park Thursday.

CHICAGO - Seventy-five Chicago kids got the chance to go fishing with police officers and firefighters at Columbus Park Thursday.

Many of the kids have never had the opportunity to fish before.

"You could see on their faces how much they enjoyed getting out and not having to worry about everything else going on in the city—just to be kids again," said Jim Calvino, president of the Chicago Police Sergeant’s Association. "Plus, fishing teaches kids that patience can be rewarding." 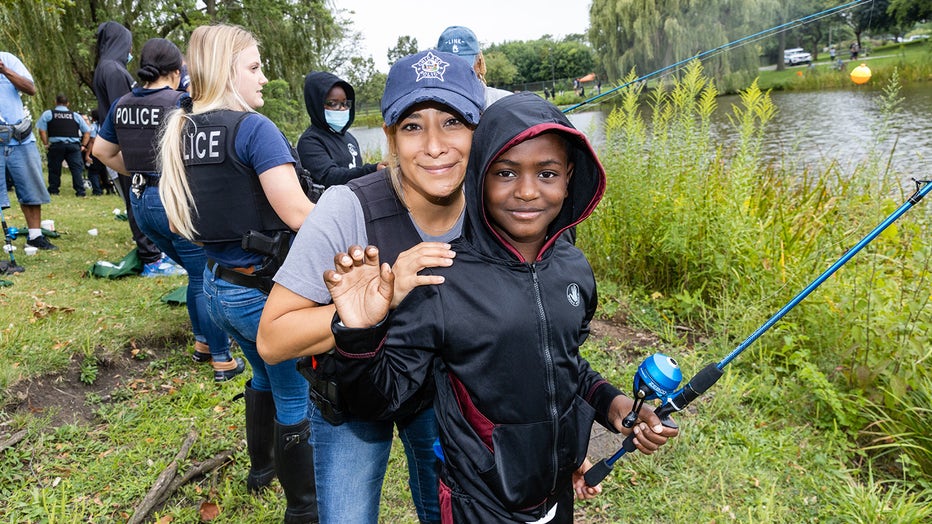 The kids also got to take home a free fishing rod and reel after the event.

Doug Aller, vice president of New Concept Benefit Group, came up with the idea for the event after seeing photos of an outreach event with first responders on the Union Sportsmen’s Alliance (USA) website in 2019 and connected with USA staff.

"We are a financial company that serves police officers and fire fighters, and this seemed like a perfect opportunity to bring first responders and members of the community together in a fun environment where they could get to know each other on a personal level as neighbors," Aller said. "And it got kids out from behind the computer screen to interact with one another."

His son is an avid angler and helped teach fellow youths and an adult how to fish at the event.

"Day in and day out, we deal with the citizens of Chicago, and it’s usually a negative situation – a fire, when someone has to go to the hospital, or after an accident," Senorski said. "It’s great when we can interact with people in a positive environment and give back."

Quention Curtis, a Chicago firefighter and president of the Black Fire Brigade, was also excited to build relationships in the community.

"The Brigade is a community-based organization designed around taking kids off the street and putting them in public safety," he said. "And we thought this was a chance to bring the police and fire departments together to help build camaraderie in the community and let people know we are there for them not only in the bad times, but also in the good."