NAPERVILLE, Ill. - A Chicago man has been charged with attempting to rob a beverage supply delivery driver at a Jewel in Naperville Tuesday morning.

Frederick Holmon, 31, of Austin, is charged with one count of attempt armed robbery with a firearm and unlawful use of a weapon by a felon.

At about 8:51 a.m. on Tuesday, Naperville police were dispatched to the Jewel at 1759 W. Ogden Ave. During the investigation, police learned that a driver from a beverage supply company was making a delivery of wine and liquor to the store.

Shortly after the driver pulled his truck up to the docking bay and began unloading pallets of liquor and wine, a man allegedly approached the driver with a 9mm semi-automatic rifle.

The suspect then told the driver, "It's not worth your life."

The driver refused to turn over any property and ran toward a Jewel employee yelling, "The guy's got a gun," authorities said.

The suspect then allegedly ran to a Chevy Suburban, which was parked in the same strip mall as the Jewel. 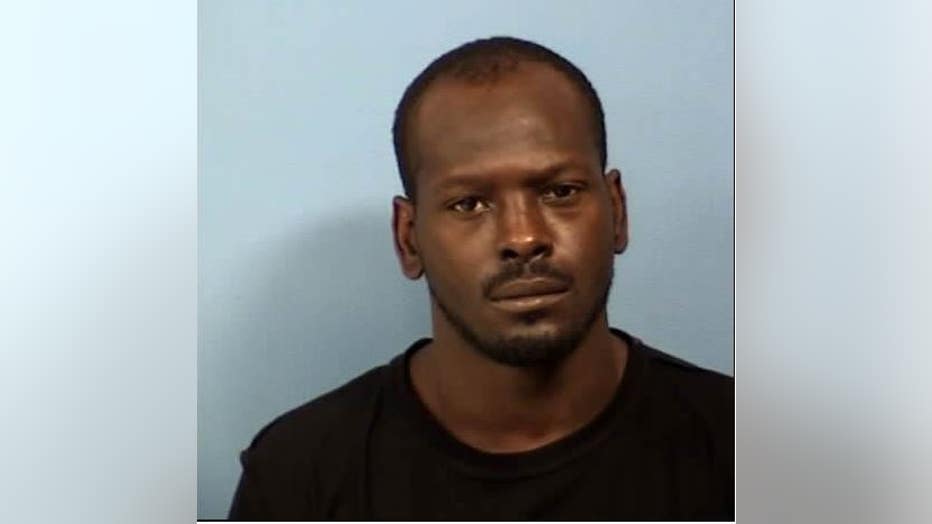 The Suburban took off eastbound on Aurora Avenue, authorities said.

Multiple Naperville police officers responded and found Holmon and two other men in the Suburban.

Authorities said that Naperville police also recovered a 9mm semi-automatic rifle, a 9mm extended magazine with 16 rounds, as well as a second gun, a .357 revolver loaded with 6 rounds, from the Suburban.

"Brazen violent crimes as alleged in this case destroy a community’s sense of safety, and will be met with the full force of the law," DuPage County State’s Attorney Robert Berlin said.

Holmon’s next court appearance is scheduled for Aug. 11.

If found guilty, Holmon faces a penalty of up to 15 years in the Illinois Department of Corrections.