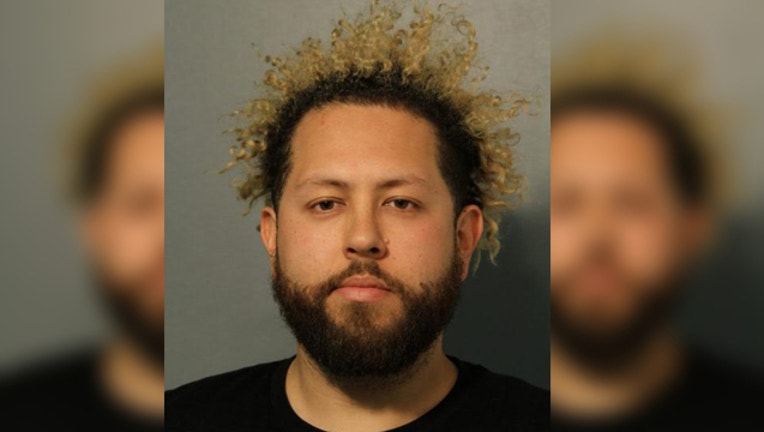 Albert D. Guerrero, 29, of the 6200 block of South Karlov Avenue was charged with one felony count of impersonating a police officer, Riverside police said.

Guerrero went to the home of the woman, 43, who was involved in a minor vehicle crash with his sister May 1 in Berwyn, police said. The woman answered the door, and Guerrero identified himself as a Berwyn police officer. He did not show a badge or any police-related identifiers.

Guerrero then told her, “she better make good with the insurance on his sister’s vehicle,” police said. The woman’s insurance had refused to pay for the minor damage that had occurred in the Berwyn crash.

The woman reported the incident to Riverside police, who were able to identify Guerrero from the Berwyn Police Department’s traffic crash report, police said. He surrendered himself Monday and was arrested and charged.

Guerrero told police he impersonated an officer to coerce the woman and her husband into paying for the damages to his sister’s car.