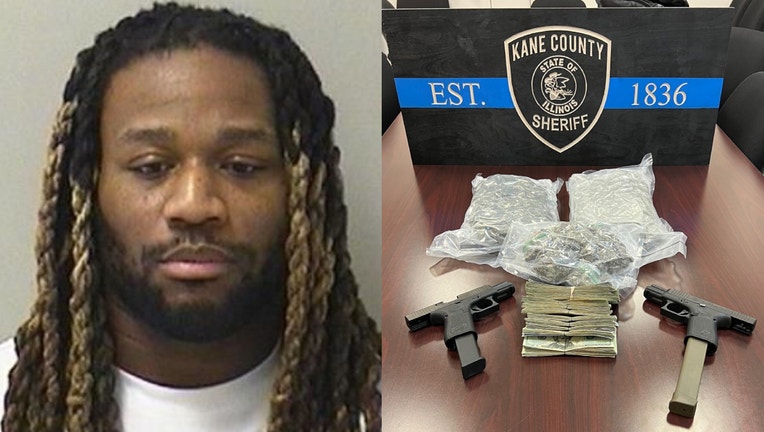 AURORA, Ill. - A Chicago man is accused of possessing guns, drugs and alleged drug money after being pulled over on Interstate 88 in Aurora Tuesday.

At about 1:45 p.m. Tuesday, Kane County Sheriff’s Office Criminal Interdiction Detectives observed a Ford Edge traveling 80 mph in a 70 mph zone on I-88 in Aurora Township.

Detectives stopped the vehicle, and while speaking to Harris, they smelled the strong odor of cannabis coming from inside the vehicle, the sheriff's office said.

Detectives then conducted a probable cause search of the car and discovered three large vacuum-sealed bags of suspected cannabis, two Glock 19 handguns and $13,522 in cash commingled with the drugs.