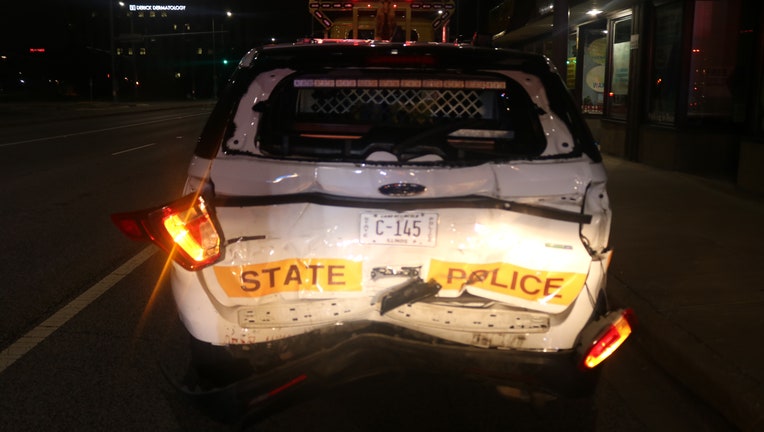 CHICAGO - A Chicago man has been charged with crashing into an Illinois State Police squad car on Interstate 94 early Thursday.

According to ISP, the trooper was stationary inside the squad car with emergency lights activated, investigating a prior traffic crash.

Additionally, the driver of the crashed vehicle was sitting in the front passenger seat of the squad car, ISP said.

A gray Jeep was traveling northbound on I-55, and allegedly failed to yield to the emergency vehicle.

The Jeep then struck the rear of the ISP squad car.

Both the trooper and the driver of the Jeep had non-life-threatening injuries, and were transported to a local hospital.

The driver of the previously crashed vehicle was uninjured, ISP said.

The driver of the Jeep, 27-year-old Robert M. Regan, was charged with driving under the influence of alcohol, failure to reduce speed to avoid an accident, operating an uninsured motor vehicle and a violation of Scott's Law.

According to data from Illinois State Police, this is the 14th Scott's Law violation that involved an ISP vehicle this year.