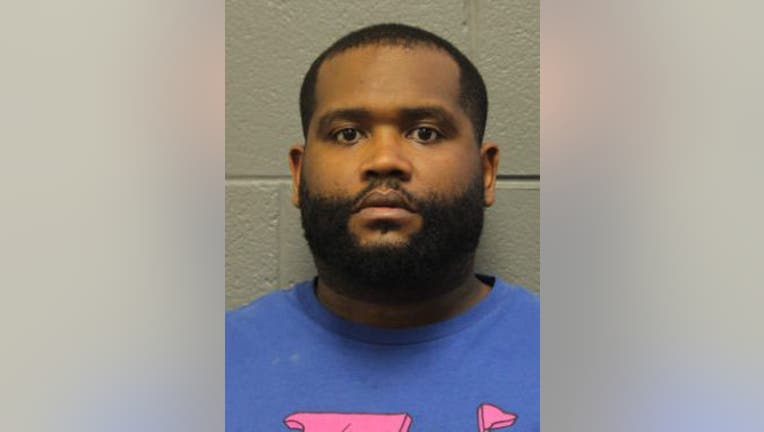 CHICAGO - A 30-year-old Chicago man has been charged with sexually assaulting and abusing two women while working at a hospital in January, police said.

According to Chicago police, Kevin Childs, 30, is accused of sexually assaulting and sexually abusing a 42-year-old woman and 52-year-old woman while working in a hospital in the 2800 block of west 19th Street on Jan. 18 and Jan. 25.

He was arrested on March 21 in the 10200 block of south Lafayette, police said.

In court Wednesday, Judge Charles Burns ordered Childs held without bail, noting that the alleged victims had been in his care for treatment of serious medical conditions.

"You are preying on the most weak of the community," Burns said.

Cook County prosecutors said Childs was working as a patient care technician at the hospital when he sexually assaulted the two women.

On Jan. 25, Childs inappropriately touched a 52-year-old woman hospitalized for breathing issues while giving her a sponge bath, prosecutors said. She later told a nurse what happened and police were called and allegedly identified Childs in a photo lineup.

Earlier, on Jan. 18, Childs assaulted a 42-year-old woman being treated for COVID-19 and heroin withdrawal after telling her he had been instructed to bathe her, prosecutors said.

The woman called her husband to pick her up from the hospital. The discharge nurse noticed she was anxious and tried to convince her to stay to finish needed testing, but the woman checked herself out of the hospital.

A day later, the woman told a home healthcare worker and her husband about the abuse. She went to UIC Hospital and a sexual assault exam was given.

A spokesperson for St. Anthony did not immediately respond to a request for comment Wednesday.

Chicago police said the investigation into Childs was ongoing and anyone with information was asked to contact Area Four Violent Crimes division at (312) 746-8251 to file a report.

Childs has not made any admissions of guilt and prosecutors did not mention any physical evidence linking him to the assaults during the hearing, his defense attorney told the judge.

She asked for a reasonable bail, noting that Childs had known of the allegations, had not tried to flee and was about to start a new job.

Judge Burns said he believed there was no amount of bail that could ensure the community’s safety and further ordered Childs to have no contact with the victims or anyone at St. Anthony.

Childs was expected back in court April 11.