CHICAGO - A convicted felon has been charged with stealing $56,000 worth of vintage watches from a shop on the Magnificent Mile last month, just hours before he was arrested for a hammer attack at a bar in River North.

Anthony M. Strozier, 31, was arrested Monday and charged with a felony count of theft in the July 25 heist at the Ralph Lauren store at 750 N. Michigan Ave., according to Chicago police and Cook County court records.

During Strozier’s initial court hearing Monday, prosecutors said he was caught on surveillance video donning a suit and tie around 5:45 p.m. and using bolt cutters to break into a locked jewelry case. He made off with four watches valued at $56,150, prosecutors said.

Surveillance video from neighboring businesses showed Strozier leaving the store and entering the Peninsula Hotel at 108 E. Superior St., prosecutors said. He eventually left the hotel with a rolling suitcase and traveled to a storage facility in River North that belonged to his girlfriend.

During the investigation, detectives learned Strozier had been arrested in another case that same day. 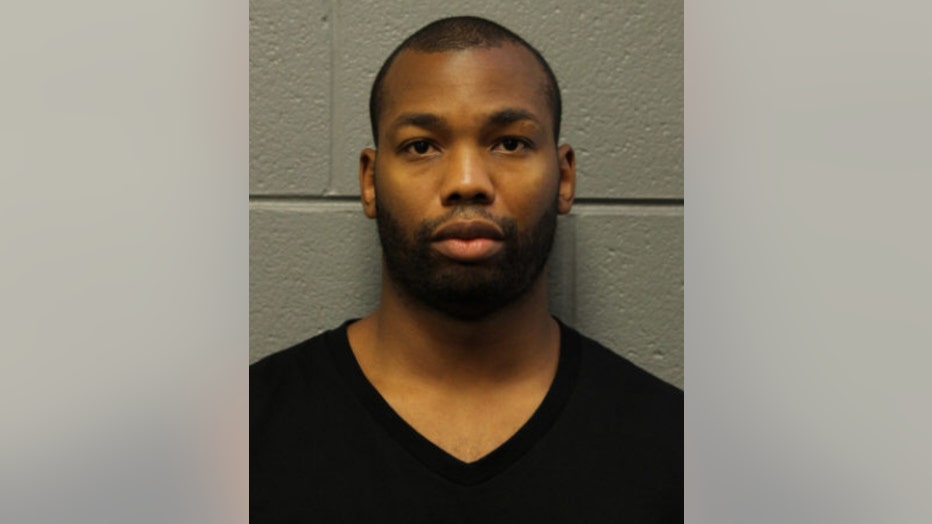 Around 10:10 p.m., he went to Mother Hubbard’s at 5 W. Hubbard St. and an employee there identified him as the person who pepper-sprayed him and hit him in the face with a claw hammer on June 16, according to court records.

The employee suffered a concussion and required 13 stitches to his forehead, records show. Strozier was arrested and charged with the attack, then released from Cook County Jail on July 29 after putting up a $2,000 deposit.

On Aug. 2, detectives searched the storage unit and found bolt cutters, two watches, a suitcase and the clothes Strozier was seen wearing in surveillance footage, prosecutors said. When he was taken into custody Monday, he allegedly asked "what he would get if he gave the watches back."

Strozier has been arrested multiple times and convicted of a felony count of retail theft and a misdemeanor count of resisting arrest, according to prosecutors, who didn’t seek to file a bail bond violation in connection to the other open case because they "occurred on the same day."

His public defender described him as a high school graduate with a hospitality degree who has worked at the All-Steel Equipment Company for two years.

Judge Susana L. Ortiz set his bail at $10,000, meaning he’ll have to pay $1,000 to be released from jail. If released, he’ll be placed on a round-the-clock curfew with an electronic monitoring device.

His next court date was set for Aug. 17.